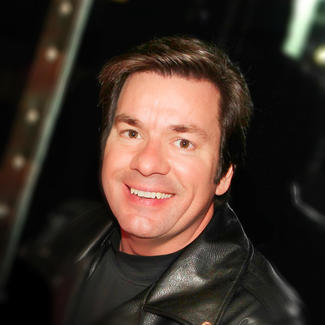 Jay Huling is perhaps best known by the public for his irresistibly absurd comedy “Elvis of Nazareth,” which was featured in Hal Leonard Publications’ anthology “The Best American Plays,” published by Applause Books.

Yet, many Artistic Directors and theater insiders confess to a guilty pleasure for the bombastic audacity of “Plumber’s Butt” – Jay’s uproarious award-winning story of faith about a woman with multiple maladies who is suddenly healed when she sees the plumber bend over.

From infrequent theatergoers to rabid stage-door Johnnies, whoever the audiences are, they find Jay Huling’s plays to be rollicking, way-out entertainment. His plays have all the elements that appeal to lovers of comedy, satire, and anti-humor.

Whether it’s his happy-go-lucky full-length romps – such as “Twelve Bar Blues,” “The Sing Sing Suite,” “The Church of Diminishing Marginal Returns,” “Hard Luck Sings the Blues” – or his quick-witted one-acts – such as “The Wily Ray Riley,” “Bob Juan,” “Bonjour Raconteur,” “The Flaxen Miss Jackson” – Jay’s comedies are exciting, laugh-a-minute affairs.