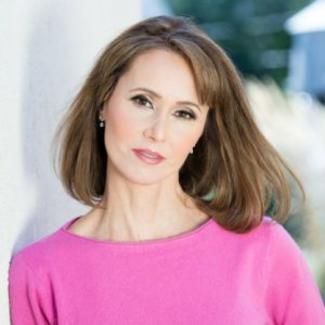 AspenDream Productions is an award-winning live entertainment business that creates one-of-a-kind, immersive, interactive theatrical experiences. This Regional Theatre has performed in over 72 cities in New England for the past 21 years and performed for over 20,000 guests. AspenDream Productions has raised nearly one million dollars for charities and fundraisers throughout Connecticut alone.

Janice is also the co-writer, director, and producer of Cast'N Couch - a reality TV show. The Cast’N Couch Reality TV is a ground-breaking artistic venture providing encouragement and support to cancer survivors and those with disabilities to act in front of the camera and/or learn skills behind the scenes of film making.https://www.castncouch.com

With a degree in theatre from UCONN, Janice traveled to London and Paris on scholarship to study acting and directing.  She then completed the Yale Drama Conservatory Program in Directing.  Acting and directing credits include productions throughout CT, MA, and NY including Westchester Broadway Theatre. She is the author, producer, and director of seven interactive, immersive plays that are often sold out months in advance. Janice is a proud member of the Dramatist Guild of America.

To Janice, the days of passively watching a theatrical experience unfold in a darkened theater are long gone. By creating unique, interactive, live, murder mysteries, ‘ADP’ is able to reach broader audiences than anyone in traditional theater.

AspenDream Productions is the masters of immersive theater in CT! The more you listen and interact, the better your chances of getting out ALIVE!