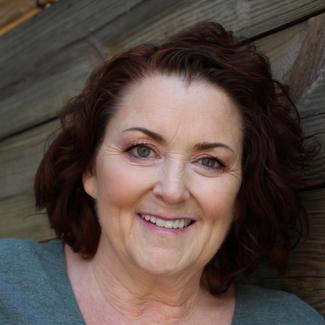 Janet most recently finished a memoir, What Else But Grace; not well, but better (life with lupus). It’s the story of a young actress who, when diagnosed with lupus, becomes a raging beast for about ten years, till acceptance slowly rolls in and she finds herself seeking some measure of grace and class in the face of constant pain and medical crises. Grace is also her dog’s name.

Janet’s most recent theatrical production was not recent, as she wandered into memoir-writing after her “one woman show for three or more actresses,” Theresa at Home, was co-produced by Boston Playwrights’ Theatre and Village Theatre Project in 2008. Just weeks before, Boston’s CentaStage produced a collection of 7 plays that deal with the marriage of Jack and Andrea, More Than What. Other full-length plays include My Heart & My Flesh (Coyote Theatre, Boston, Stage 3 in CA), Globus Hystericus (commissioned by Theater Emory in Atlanta), and The Last Work of Saint Peter the Great (Provincetown Theatre Award). She has received the Women’s Playwriting Festival Award from Perishable Theatre in Providence, a Tanne Foundation Award and two O’Neill Finalists. She has written over a dozen frequently-produced and mostly published 10-minute plays, as well as some one acts, screenplays and stories. She has a B.A. from The University of Massachusetts/Boston in Theatre Arts and a M.A. in Playwriting from Boston University.