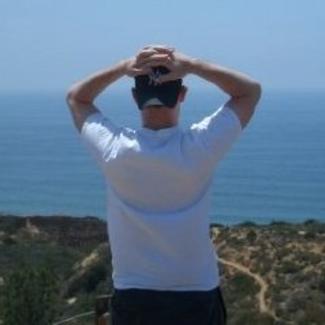 Jamie Alliotts is an award-winning writer from Oradell, New Jersey. A proud uncle and Merry Prankster—as well as a victim and survivor of captivity, torture, muggings, rape, blackmail, a half-dozen cars wrecks, and more than ten overdoses—Alliotts has been writing for over twenty years. His drama, prose, and photography appear or are forthcoming in Virginia Quarterly Review, Star 82 Review, 40 Towns, Bayou, Mouth, Cleaver, and Smoky Quartz.

After living on the streets of New York City and eventually kicking heroin in 1999, Alliotts went on to study world literature and creative writing at Columbia University, Dartmouth College, and the University of Oxford. In addition to having his fiction, nonfiction, verse, and photography published, Alliotts has seen his plays read and produced on stages in Manhattan, Brooklyn, New Orleans, and, most recently, on Zoom. A Dramatists Guild of America member—as well as a former pizza jerk, bagel jerk, deli jerk, dishwasher, ditch digger, deck stainer, mover, painter, porter, waiter, bartender, bike messenger, Deadhead, metal head, speechwriter, content writer, communications consultant, Aviation Electrician’s Mate, galley rat, and paralegal—Alliotts has been decorated with fellowships, grants, and prizes for his many creative works, perhaps most notably for his “painful comedy,” A Waltz Between, winner of the 19th-annual Tennessee Williams Literary Festival playwriting award. The play is set in Manhattan's Union Square Park.

As substitute and guest lecturer, Alliotts has taught creative writing classes to both undergraduate and graduate students at Dartmouth College. He also enjoyed, in 2020, his most successful writing year yet, having had three essays—with accompanying, original photography—as well as one work of fiction and one poem, accepted for publication; one of his two new plays was read live, as part of The Guild & #1MPF’s joint initiative, “Live from the Anarchist Jurisdiction;” he’s donated an Op Ed and additional original photography to The Writers Guild Foundation Library (Los Angeles)’s ongoing archival collection, “Stories from a Pandemic: Writers on COVID-19;” he’s liaising with affiliates of California State Prison (CSP-Solano) to see if he may donate still more of his recent work to the prison's inmate-run newspaper; he's joined The Monadnock Writers Group, renewed his membership with The Dramatists Guild, and wholly rededicated himself to scriptwriting: his first love and the tenets of which—dialogue, action, conflict, stakes—many agree constitute his greatest strength.

Alliotts has studied screenwriting under Loren-Paul Caplin (The Lucky Ones) and Bill Phillips (Christine); nonfiction narrative under Pulitzer Prize-winning authors Margo Jefferson and Thomas Powers; and playwriting and fiction under such notable writers as Joe Sutton, Noemi Martínez-Cress, Kal Wagenheim, and Jaime Manrique. Having lost members of his family to cancer, AIDS, suicide, murder, multiple vanishings, and “undetermined” causes, Alliotts is writing a dramatic streaming series based on these many deaths and disappearances; this, in addition to a cinematic memoir about his time as a heroin addict in the U.S. Navy and on the streets of Manhattan during the 1990s; and each with the hope he’ll one day soon finally reach and inspire such large audiences himself.

Alliotts is an advocate for animal rights, gay rights, Thai rights, Black rights, writers rights, the rights of the disabled—particularly the visually impaired and people with Traumatic Brain Injuries (TBIs)—as well as the rights of those who face discrimination based on age, appearance, limitation, resource, poverty, invisible or “unapparent” illnesses—the marginalized, trampled, neglected, exploited, defrauded, unduly judged, unfairly “diagnosed,” those undermined and taken advantage of—marks, suckers, the elderly, the preyed upon—and his furious opposition to such treatment is manifest in Alliotts's overarching body of work. He writes, almost exclusively, about and for those left clinging to society’s thinnest threads.

Alliotts enjoys, more than anything, playing miniature golf with his gifted, loving nephew.

Some of his many works may be found on his new website:  htps://www.jamiealliotts.com/stories