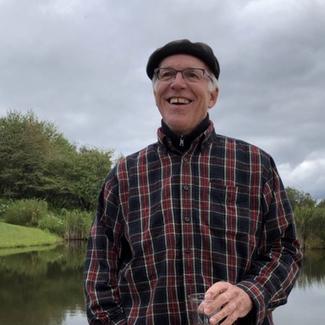 James O'Connor is the author of  Glomar, Dig Here For Money, Deep to Center,  and Rosemary. These plays have been produced by small professional theatres in LA, NYC, Chicago, and Philadelphia. Other work includes A Perfect Spiral, An Unrelated Covert Operation, Contents of the Safe, and Stay, Illusion.

He has written two novels, The Deep Secret Dream and The Hyphenated Man.

He grew up in Ohio, and is a graduate of John Carroll University (BA, English), Kent State (MA, Theatre), and  Hunter College (BSN).

He is the Theatre Critic at the Riverdale Press in NYC, and had an 11-5 conference record as Head Coach of Women's Softball at the College of Mount St. Vincent in 2018, where he also served as assistant coach for three seasons.

Winner of the 2001-2002 Joseph Jefferson Citation for "Outstanding New Work" for his play Rosemary in the PROP Theatre production directed by Russ Tutterow at Victory Gardens, Chicago. Rosemary tells the story of JFK's sister, who was lobotomized in 1941.