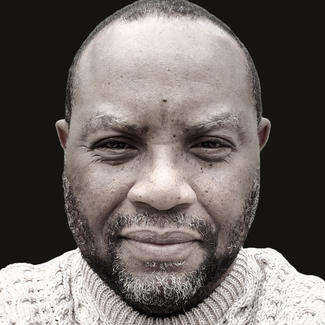 James is a member of BMI, The Dramatist Guild of America, The American Composers Forum, and The Playwrights Center. He is the Executive Director of the Laity Institute of the Arts, a Private Arts Foundation which teaches the visual and performing arts to children and adults. He is also an accomplished playwright and composer. He learned to hone his skills in musical theatre through New Musicals Inc. formerly the Academy for New Musical Theatre. ​He studied music under Emmy Award-winning and Academy Award-nominated composers such as Gerald Fried (Roots, Roots: The Next Generation, Star Trek, Napoleon, and Josephine) Thomas Richard Sharp (When Harry Met Sally, City Slickers, Aladdin, Little Mermaid) Jerry Grant (Quantum Leap, Hired to Kill, Hunter) and composition under Dr. Russel Steinberg one of America's leading Neo-Classical composer, conductor and music educators. He was also the subject of an original autobiographical television pilot written by Jeffrey Alan Fiskin and produced by Linda Obst and Stacey Sher called "Homeboyz" dealing with the care and nurturing of hardened gang members and student dropouts in Watts and South-Central Los Angeles in the 1990s. He most recently completed a TV Sci-Fi pilot and a TV Drama pilot which he adapted into a feature-length screenplay called "2 Much 4 Words" for VEL Films his indie film company. He also released his fourth CD "Fast Forward" an EP with remastered never released tracks re-imaged for a 21st-century listening audience. James also released the long-awaited concept recording of "This Time and Age" A New Rock Musical along the musical lines of "Jesus Christ Superstar," which in his words is his "artistic love letter to Andrew Lloyd Weber and Tim Rice's seminal work." James has a BA in Theatre from California State University Dominguez Hills. He later attended UCLA where he received his Teaching Credential and completed his training in Film Scoring from UCLA's Film Scoring program. He also holds an Executive MBA from Grand Canyon University. He is a much sought-after acting coach and has been directly or indirectly involved in the entertainment industry for over 30 years.

Known for being a modern-day Renaissance man, James has established himself as an inventive and musically sensitive director of Theatre, Musicals, and Film. He is a freelance director whose credits include Of Mice and Men, Jesus Christ Superstar, Raisin in the Sun, Taming of the Shrew, Equus, 12 Angry Jurors and Proof just to name a few. His plays and musicals have been workshopped or produced at the Mark Taper Forum Annex, the Laity Theatre Company, New Musicals, Inc. and the Chameleon Theatre Circle.  James brings a wealth of knowledge and experience to every project he works on. James composes, directs and writes for film, and theatre. His music style covers musical genres such as orchestral, instrumental, soundtrack, jazz and soul.