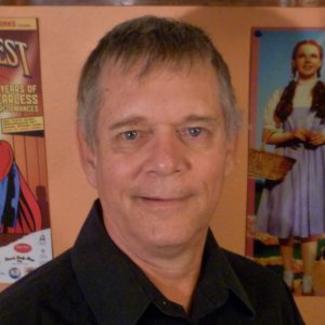 I was a gamer before there were gamers.  I was raised a naturalist, a scientist, a chess player, but at seventeen, I knew I wanted to write fiction.  In college, I studied geology, math, engineering, and read books about theatre history and married the love of my life.  We had babies.  I fixed fighter jets and wrote poetry.  Then our son died.  There was a long silence.  Ten years as a commuter cyclist gave me time to think... and dream.  Books on art theory, Dada, Surrealism, Theater of Cruelty, became my companions.  I read Aristophanes and I wrote screenplays that got smaller and smaller.  The stage seemed the only solution.  I joined ScriptWorks and participated in a 10-minute play writing contest, and my play about President Gerald Ford went on stage and the director transformed it into a dance that delighted me.  I am now a ScriptWorks Board member and on the Board of TILT Performance Group.  I love going to staged readings of new work and talking to writers about keepin’ on, keepin’ on.  I have had more productions and I am always surprised and thrilled by how smart, friendly, and hard working theatre people are and how difficult the theatre is.