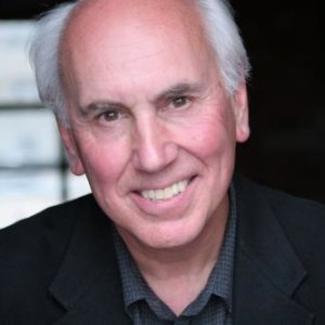 Jack McLaughlin-Gray is a produced playwright and lyricist, but better known as an actor and acting teacher. Jack is Professor Emeritus of Theatre from Illinois State University where he served as Head of Acting from 1998-2005.

He is based out of Chicago where his debut performance as The Historical Event in Amlin Gray’s How I Got That Story won the 1981 Jeff Award for best actor in a leading role. He is a member of SAG/AFTRA and AEA with over 100 credits in regional theatre, film and television as well as commercials, industrial films and voice overs. Jack is a two time recipient of Chicago’s Jeff Award and a four time nominee.

Jack is most recently the author of The Trial, which he developed at Chicago Dramatists. The Trial is a full length account of the Nuremberg Trial and the story of the historical encounter of three men: Robert Jackson, chief prosecutor for the United States and Supreme Court Associate Justice, Reichsmarshall Hermann Goering and Albert Speer, the brilliant young architect whom Hitler put in charge of armaments production.

Their story is told against the backdrop of the greatest war crimes trial in history: Nuremberg, 1945. Nuremberg was and remains a trial on trial in the court of world opinion. It soon became a very personal contest between good and evil, between a flawed hero and a brilliant villain. Robert Jackson was an eloquent champion of jurisprudence determined that the holocaust never be repeated. His personal life, however, was centered round a failed marriage and an extramarital affair with his secretary, Elsie Douglas. And thanks in part to his years on the Supreme Court, he was not a match for Hermann Goering in the gladiatorial arena.

Goering, the theatrical embodiment of evil, concealed a brilliant mind with bluster and buffoonery. Albert Speer, who would go on to write Inside the Third Reich was Goering’s chief rival among the defendants. He shrewdly diagnosed the imbalance in the main conflict and artfully navigated the currents between Jackson and Goering. When the other defendants were ultimately sentenced to death by hanging, Speer got twenty years.