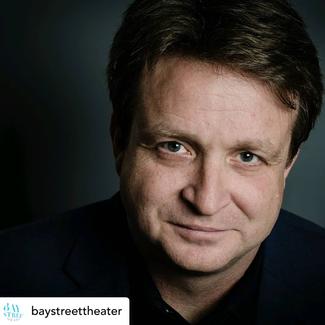 Jack Canfora’s plays have been produced to critical acclaim both Off-Broadway and in regional theaters throughout the United States. His Off-Broadway play Poetic License was hailed as “Smart, unsettling drama” by The New York Times and “Clever…articulate…white-hot” by The Associated Press.

His play Jericho received numerous regional productions as well as a highly lauded Off-Broadway run. It was a New York Times  “Critics’ Pick,” with the paper calling it  “painfully significant“ and “A lovely, humorous work… a smart, hard-hitting drama filled with biting wit.” Theatre Communications Group referred to the play as “an important contribution to the repertoire of the American Stage.” It won a 2010 Edgerton Award for Best New Play.

His play Place Setting was nominated, along with plays by Edward Albee and Theresa Rebeck, as “Best Play for 2007” by The Newark Star Ledger.

Jack also co-wrote and co-created the comedy web series “The Small Time,” which won the 2016 Webby Award for Best Writing (www.thesmalltimeseries.com). His play Fellow Travelers had an acclaimed run at the Bay Street Theater and is under option with The Shubert Organization.

His play The Source won a 2018 Edgerton Award for Best New Play.

He lives in New York with his dog.