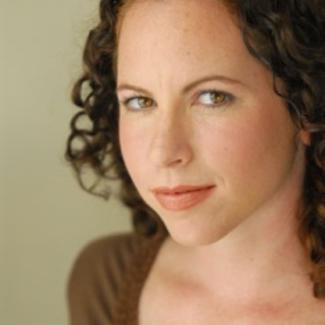 I am originally from South Florida and have lived/worked in theater, film, and TV in Chicago, L.A., London, and NYC. Currently, I'm writing and teaching theater in CT. I write plays for young people, old people and for those in-between.
My one-act play Children of Hooverville is published by Youthplays and is currently being performed by amazing young actors all over the country.
My other works are under my maiden name Hollie Rosenberg. Scraps, a full-length play has had a reading at Urban Stages (Off B'way) and a workshop at City University of London. Spoiled Cherries has had a production at the Manhattan Repertory Theater, and Narrows Community Theater. 10 Going On 30 had a production at Adaptive Arts, Dirty Laundry On The Crazy Girl's Line has had a production Riant Theater's Strawberry One-Act Festival (as a Semi-Finalist), Bedpan Palace had a production at The Brooklyn Heights Players. My one-act play Dirty Laundry On The Crazy Girl’s Line is published in Best of The Strawberry One-Act Festival Vol. 4.

As a Director, I have had productions at The Producers Club, The Brooklyn Lyceum, TSI/PlayTime Series, Brooklyn One, Hudson Shakespeare Company of NJ, Manhattan Repertory Theater Company, The Heights Players Theater, and The Public Theater as part of a night of US / UK exchange Cabaret produced by Old Vic New Voices Network.
I am a proud member of the Dramatists Guild of America, The Old Vic New Voices New York Network, AATE, and SCBWI. I have an M.A. in Creative Writing (Plays) from City University of London, M.S. ED in Educational Theatre from City College of New York and a B.A. in Film Production (Screenwriting) from Columbia College Chicago.