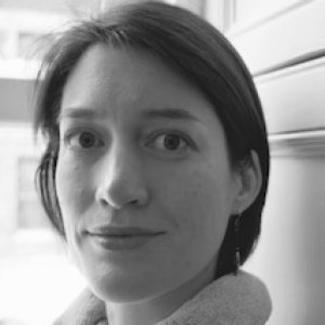 Helen Banner is a playwright and librettist and co-founder of the Byzantine Choral Project. She grew up in the British Channel Islands and studied at Cambridge and the Tisch School of the Arts, NYU, where she completed her MFA in Dramatic Writing and was awarded the John Golden Playwriting Award. She is also an alumna of The Jam and an associate artist at New Georges. Her work has been developed at the O’Neill Theater Center, the Drama League, Fresh Ground Pepper, Wild Project, Dixon Place, the Tank, Edinburgh Fringe Festival, The Lark, Great Plains Theatre Conference and the Last Frontier Theatre Conference and she was a participant in the Ingram New Works Lab 2015-16 at Nashville Repertory Theater.  Helen was recently a 2016-17 Special Resident at New Georges creating La Déroute, a medieval water opera in collaboration with composer Catherine Brookman for their Works on Water take-over of 3LD in 2017. Her choral play Icons/Idols: Irene, written in collaboration with the composer Grace Oberhofer for the Byzantine Choral Project, was the opening show at the New Ohio’s Ice Factory 2016 and they were awarded a 2017-2018 OPERA America Discovery Grant to continue developing Icons/Idols as a tetralogy of choral plays. The Byzantine Choral Project are currently 2018-2020 Archive Residents at the New Ohio/IRT Theaters. Helen's most recent play, INTELLIGENCE, developed with and directed by Jess Chayes, was produced by Lucy Jackson and Dutch Kills for New York Theater Workshop's 2018-19 Next Door Series.