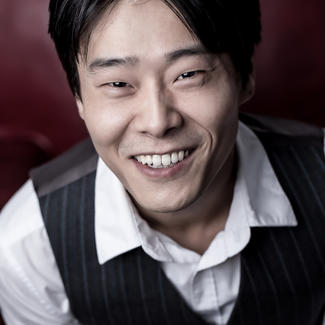 A Korean American adoptee who grew up in rural Michigan on the unceded lands of the Odawa and Odawa Anishinabewaki nations and is currently based on the stolen lands of the Tribes of the Confederated Grand Rhonde, in the area now known as Portland, OR.   He is an actor, writer and director.  He is a graduate of Goddard College’s MFA in Creative Writing with a focus on playwriting.  He earned a BA in Theatre Performance from Humboldt State University.  He also studied Korean dance and performance styles in Jinju, South Korea with USD Modern Dance.
Honors include RACC/Fertile Ground Grow Award (2020), 2015 Drammy Best Ensemble (O Romeo).  He was also a Young playwright’s Contest Semi-Finalist in 1997.  His poems and essays have been published in Spring Time Magazine and The Pitkin Review.  His work has appeared online in Pif Magazine, MiGoZine and Korea4Expats.  He has also contributed lyrics to albums released by Ultraviolet Hippopotamus (Stop Watch Time Drop) and The Turnips (Background Music).  His plays have been seen as staged readings in Jinju, Gyeongsangnam-do, South Korea, and in the U.S. in California, Michigan and Oregon.