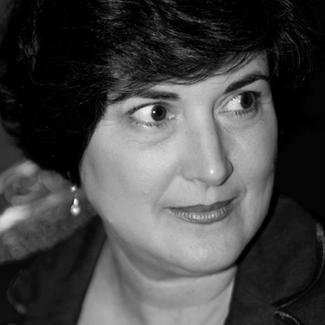 Haydee Canovas is a playwright, theatre producer, and Family Nurse Practitioner that resides in Louisville, Kentucky, for nearly 30 years. She finds inspiration in the issues she encounters as a healthcare provider and a devoted Cuban American daughter of her octogenarian parents that live in South Florida. She takes pride in helping them stay active and healthy. She writes based on her interests in social/health issues and her Cuban American upbringing. She has two fiercely independent daughters who have made their way in the world by being lifelong learners like their mother.
Ms. Canovas is the co-founder and director of Teatro Tercera Llamada, "Third Call Theater," (the only Spanish language theatre company in Kentucky), and a member of the national organization of playwrights, The Dramatist Guild. She has studied playwriting and devising under Nancy Gall Clayton, Kathi E.B. Ellis, Migdalia Cruz with La Mama Umbria 2018 Playwright's Retreat, the feminist artists of Looking for Lilith Theatre Company, and Derby City Playwrights.
Teatro Tercera Llamada is presenting her second full-length play, "Peety" at the Kentucky Center for the Performing Arts, the MeX Theatre in May 2021. Recently, "Peety," a comedic satire based on real-life events of when her father needed open heart surgery and the access to healthcare he faced, was published in the literary magazine, The Louisville Review, Spring digital edition 2020.
In March 2019, Ms. Canovas had a dramatized reading of her most current full-length play, "Love Letters to Cuba," at La Mama Theatre, New York City. A play about the plight of her mother's incarceration after the Bay of Pigs attack in 1961 Cuba and the eight years of letter writing between her mother's pen pal and then-fiancé, an American Navy officer, and how a revolution changed the course of their lives.
Under Ms. Canovas leadership, Teatro Tercera Llamada won the 2018 Kentucky Theatre Association, Karen Willis Award. It is awarded yearly to an organization or individual engaged in theatre projects that address social justice.
In 2019, Ms. Canovas encouraged members of a Latinx poetry group in Louisville, Kentucky, to write ten-minute plays. She guided them on the process and in their playwriting, resulting in three sold-out performances of the Festival of Ten-Minute Plays by Teatro Tercera Llamada, which premiered in Louisville at The Bard's Town Theater. It was a tremendous success, and a convocation of ten-minute plays is set for the 2020 Ten-Minute Play Festival. Plays already are coming into the digital coffers.
You will find Ms. Canovas in her Lincoln log cabin in the Appalachian Mountains of Eastern Kentucky, tending to her garden, playing her banjo, and writing with her dog by her side.