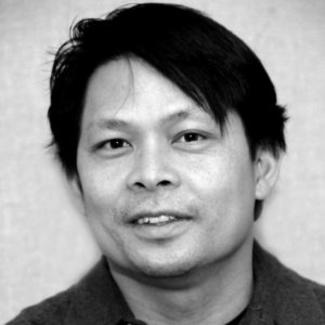 HAROLD TAW is a novelist, playwright, screenwriter, and layabout multi-form writer. His debut novel was Adventures of the Karaoke King (Lake Union Publishing 2011). His writing has been featured on NPR, in a New York Times bestselling anthology, and in The Seattle Times; his screenplay Dog Park has garnered recognition in domestic and international film festivals and competitions. Harold wrote the book for two musicals presented as staged readings by The 5th Avenue Theatre: the full-length Persuasion: A New Musical (2015), based on Jane Austen’s final novel, which also had a workshop reading at Texas Musical Theatre Workshop; and the original one-act The Missed Connections Club (2014), which won Third Place in the 2015 Frostburg State University One-Act Competition, was a finalist in the Arts Club of Washington’s 2014 One-Act Play Competition, and was longlisted for the 2015 British Theatre Challenge. Persuasion had its world premiere at Taproot Theatre Company July 12, 2017 to August 26, 2017. Harold is currently completing a novel about a turbulent adolescence in Southeast Asia, collaborating on a musical about parallel universes, and co-curating WordsWest Literary Series. A Yale Law School graduate and a Fulbright Scholar, Harold’s research and writing have been supported by, among others, 826 Seattle, Artist Trust, Centrum, the Helen Riaboff Whiteley Center, Humanities Washington, Jack Straw Productions, and Wing Luke Museum.

​Persuasion: A New Musical (book by Harold Taw; music and lyrics by Chris Jeffries) is a Cinderella story about a fairy tale gone wrong … and Anne Elliot’s fight to earn an even happier ending. Jane Austen’s final novel soars to life in this ravishing new musical about love, longing, and second chances.

--"'Persuasion' ... comes to the Taproot stage as a fully formed, cohesive work. The score and book are tightly integrated into the storytelling, and Austen’s sense of humor is perfectly intact.... [A] strong showcase for this promising new work."

--"[I]n the able hands of writer Harold Taw and composer-lyricist Chris Jeffries, plus Karen Lund’s inspired direction, this Persuasion is a nonstop romp .... Given the success of this fully staged production, one hopes this Persuasion will capture the attention of producers at other venues and in other cities.

--"[A] sleek version of Austen's prose by Harold Taw and luminous music and lyrics by Seattle wunderkind Chris Jeffries.... ​[A] show that will be hard to not rank as the show of the Seattle theater season.

The Persuasion: A New Musical Original Cast Recording will be released digitally on November 13, 2017, and physical CDs will be available on December 4, 2017. Visit http://PersuasionMusical.com for more information. 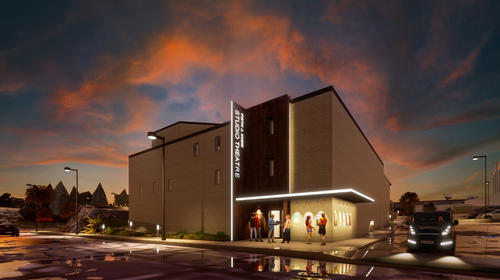