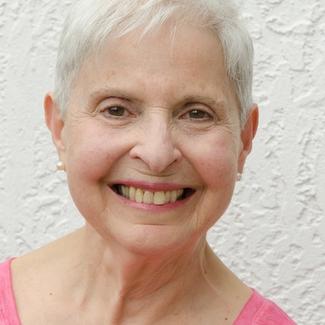 Hana's performing, mime, clowning, singing, and writing careers coalesced into her ability and desire to write for musical theatre.

She discovered the Jack tales at a fairy-tale course while raising a teen-age son and found the perfect prototype and story.  With composer  John Henry Sheridan, a rocking, dancing bluegrass score was created, true to the story's Appalachian roots and children's folk-operetta genre.  JACK (as JACK THE UNBEATABLE BOY) was produced at Manhattan's Looking Glass Theatre (director, Kate Marks) for a sold-out run and resounding review from the NY Times, and was presented in concert at the Caryl Crane Children's Theatre as a winner of the Ronald M. Ruble Award for Children's Theatre.  JACK has undergone further development and has emerged as JACK  AND THE CHOCOLATE MILK COW, and is ready for a new venue and new production vision.

Hana's comedic background, her sharp eye for female artists who are both misunderstood and harassed, and life with Asian-American neighbors prompted her commitment to the development of UNDER HER HAT! (music by Tor Ingar Jakobsen) whose protagonists, married business partners, represent two marginalized groups (Jewish-American and Chinese-American), racing to save a marginalized industry and their passionate but flagging love.  UNDER HER HAT! has had multiple table readings at the Dramatists Guild of America, Studios 353, STart (Oneonta, NY), Bright Hill Literary Center (Treadwell, NY), and has been workshopped with video and audio recordings.  Concert performances were given at the E.A.T. Festival at TaDa Theatre and at Ripley-Grier Studios.  The love-and-career story is in late-stage development.