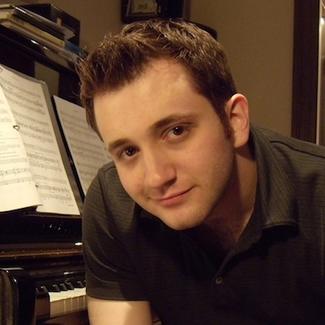 His musical Save The Date, for which he wrote book, music, and lyrics, had its world premiere production in the New York International Fringe Festival where it received the Overall Excellence Award for a Musical. His revues Cold Turkey and Party Like Me have been produced at the Laurie Beechman Theatre and the D-Lounge Cabaret in New York, and Hungover for the Holidays was performed at Feinstein's/54 Below. Other full-length musicals include: Chase (with composer Russell Stern), Auld Lang Syne, Class Of, Eye For An Eye, and Letters To Santa, which is currently in development.

Gregory is a MAC Award-nominated composer, and his songs have been performed at the Goodspeed Opera House, at Barrington Stage as part of William Finn’s revue: Ridiculously Talented Composers and Lyricists You Probably Don't Know But Should, at the Adirondack Theatre Festival, and in numerous venues across Boston, Los Angeles, and New York City.