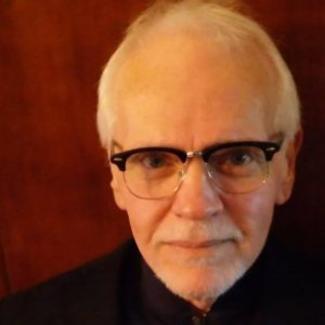 Greg Hatfield is a playwright, director and actor, fondly remembered for being part of the award-winning comedy troupe, Dr. Browndog’s Monkeytime, who appeared not only in clubs and supermarkets, but at Cincinnati Playhouse and Ensemble Theatre, as well as their own television programs (youtube.com/dickbeaks).

A member of the The Dramatists Guild, Greg's plays have been called "sophisticated" , "stylish and enchanting", "uniquely entertaining", and, thankfully, "funny".  All of his plays can be found on the New Play Exchange.

2018 was a banner year for the lad, as his play, The Great Stalinski, was a finalist in the Pittsburgh New Works One Act Play Festival, which was presented by the company’s New Works Play Readings series.  Greg was also a featured playwright, bringing The Ten-Minute Play (with a Nice Picture of Jimmy Carter) at the Midwest Dramatists Center’s Theatrical Conference in Kansas City, Missouri and his play, Mundy Tuesday Friday, was selected as a finalist for Shakespeare in the Burg’s (Middleburg, Virginia) One-Act Festival.

In 2019, The Ten Minute Play (with a Nice Picture of Jimmy Carter), was selected by The Drama Workshop's Home Brew Theater Festival in Cincinnati and Greg also directed a play for it.   A monologue from Lily Blossoms was performed by Darkhorse Dramatists in Syracuse, New York.

In January 2020, Lily Blossoms, or Modern Subdivision Zoning in the Present Day was given a staged reading through the Cincinnati Playwrights Initiative.  The Sequel to Citizen Kane was given a reading in March 2020 by Miami (of Ohio) University's Miami Writes program.  In October 2020, The Janus Circle was performed via Zoom by the Philadelphia Screenwriters performance group.  The Sequel to Citizen is scheduled for November 2020, performed via Zoom by New City Players in Ft. Lauderdale, Florida.

A devoted student of Orson Welles, the Barrymores, and George S. Kaufman, Greg has also written a five-episode comedy television series, Alice Goodheart, which has proven to be very hard to sell.  His blog, Ruminations and Ramblings, can be found at greghatfield.com.