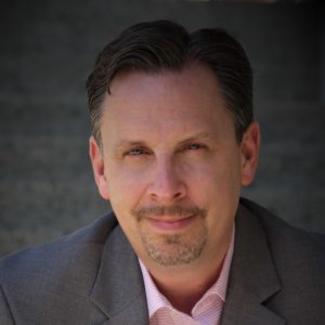 Born and raised in the South Hills of Pittsburgh, Pennsylvania, Greg Burdick has worked for more than two decades as a public high school Language Arts teacher and Theatre director. In 1993, he received his degree in education from Slippery Rock University. While there, he was active in the school’s theatre department, and had the exceedingly good fortune to be part of several new work projects, nurturing the efforts of emerging playwrights. As a theatre director with nearly one hundred productions to his credit, he has remained passionate about fostering student writing, and has helped many young artists realize the thrill of transforming their own words from page to stage.

Burdick’s short play, INSERT TOKEN, was selected for production at BoxFest Detroit, 2016, at Planet Ant Theatre, and was a Financial Scholarship winner for its director, Mycah Leigh Artis. The play was most recently produced this past August by New Jersey’s Rhino Theatre.In October of 2016, Burdick was the celebrated Playwright of the Month at Baltimore’s “A Work In Progress Theatre.” His two-act drama, MONESSEN FALLS, received a staged reading at the Eubie Blake Cultural Center. The play will make its U.S. Premiere in August of 2019, produced by Good Luck Macbeth Theatre of Reno, Nevada.His short play SECRET'S OUT was selected for production as part of Theatre Odyssey’s Twelfth Annual Ten-Minute Play Festival. It was presented in the Jane B. Cook Theatre at the Asolo Center for the Performing Arts in Sarasota, Florida. The play is available through Nigel Publishing.His full length drama AGENT OF CHANGE was featured as part of the 2019 Jan McArt New Play Reading Series at Lynn University, in Boca Raton, Florida. The staged reading was directed by Wayne Rudisill.Burdick’s work has also been developed at Athena Theatre, through their “Athena Reads” initiative. In June of 2018, his play ACCOMMODATION received a private reading in New York City. The play received further development in 2019 with Ignition Arts of Oklahoma City, OK at the Lyric Theatre. It will receive further development at The Studio Theatre Tierra del Sol in the Villages, FL.

Additional production credits  include his thriller, TATTOO: A TALE OF TERROR at Radio Theatre Project’s Studio@620 in St. Petersburg, FL, and I’LL LOVE YOU ‘TIL THE COWS COME HOME staged by Itinerant Theatre of Lake Charles, LA.  A Membership Candidate of Actor’s Equity Association, Greg has also worked professionally on several central Florida stages.  Proud member of the Dramatists Guild, he lives in Lakeland, Florida.