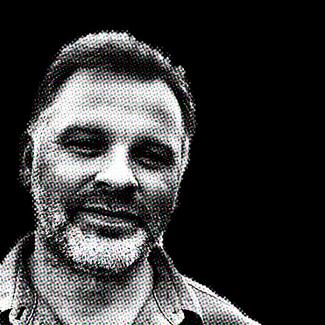 Glenn Hergenhahn-Zhao is the Artistic Director of iDiOM Theater in Bellingham, WA, and the author of nearly 500 plays.

In 2021 the 500PLAYS project begins that will collect and archive Hergenhahn-Zhao's work over the last three decades as the most prolific playwright in the world.

Produced plays include, The Muse, Off the Map, Needle and Thread, Breakfast in Barcelona, The King of Sparta, Boy Genius, GringoGringoGringo, Operation Infinite Christmas, Ban the Banana, Happy Birthday Gloomyboots: To Samuel Becket on his 100th Birthday, Bellopolis, Situation Tragedy, The Acheron, The Story of The Brothers Karamazov as told by the monks of St. Vincent's Abbey, Hamlet and the Ghost, Shiner, Our Man Thursday, The Man who fell off his Bicycle, Wonders of the Swirling Night, Briseis, Unstable by Design, and adaptations of Emperor of the Moon, The Rover, Ubu Roi, The Birds, The Odyssey and the Saga of the Volsung.