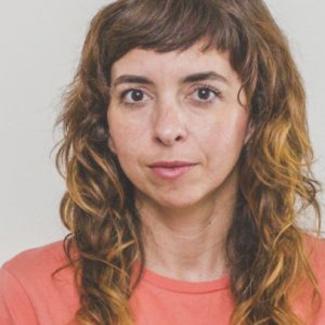 Gina Young is a boundary-pushing theatre artist. A writer, director, songwriter and performer, she has toured nationally and internationally with original performance work. Recent plays include Butch Ballet, sSISTERSs, Femmes: A Tragedy and Tales of a Fourth Grade Lesbo. She is also the creator of the wildly popular SORORITY queer performance salon and an exploratory project called Feminist Acting Class.

Gina lives in Los Angeles, where her work has been presented by REDCAT, Highways, The Hammer Museum, USC’s Visions & Voices Series, Los Angeles Performance Practice's LAX Festival and the Women’s Center for Creative Work. She is a winner of the HUMANITAS/PLAY LA Prize, the Jane Chambers Award for Playwriting and a Finalist for Center Theatre Group's 2018 Richard E. Sherwood Award.

Her play Femmes: A Tragedy is published in an anthology from NoPassport Press.

Gina studied drama at NYU/Tisch and is a member of the new class of The Kilroys. She is proud to be a member of The Dramatists Guild.

"Many have tried over the years to imitate [Clare Boothe] Luce’s ferocious ear, and this effort comes tantalizingly close by taking everything so much farther than Luce could have dared, though she might well have relished it. ...Slyly riotous and dazzlingly reconceived... for hearty laughs." - The Hollywood Reporter

"That's the other thing about Gina Young-- the interdisciplinary artist and creative witchy force-- her art manifests as blatantly funny but can also be curiously esoteric." - AfterEllen

"Young, who years back issued some superb rock albums, has been maturing into an increasingly compelling playwright... fascinating... her most challenging work to date." - StageRaw

"...a fixture of queer feminist theater in Los Angeles..." - INTO