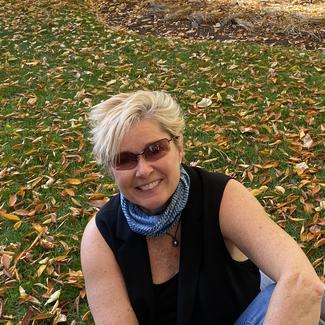 Gail Phaneuf is an award winning playwright, composer, actor and director hailing from Boston Massachusetts.  Her teen musical The Love Note has enjoyed an Off Broadway run at Actors Temple Theatre in NYC, and continues to have numerous productions at schools, regional theaters and theater camps.  www.thelovenote.com The Love Note Musical is now offered by Heuer Publishing and Brooklyn Publishers for production.  MONSTERS! A Midlife Musical Meltdown, is a collaboration with Broadway lyricist Ernie Lijoi. The comic musical was a finalist in the Rod Parker Playwriting Competition, kicking off developmental readings in Boston and New York City.  MONSTERS! had its first full production at CentAstage in Boston. It was subsequently produced at the Deertrees Theatre in Harrison Maine, and was also mounted at The Regent Theatre in Arlington, MA.  MONSTERS! Is also offered by Heuer Publishing or you may visit  www.monstersthemusical.com   Gail's latest show is a song cycle entitled Memorize You.  It premiered in Boston and is now available for production.    http://www.gailphaneuf.com/news-and-memorize.html Gail is the founder of G.P. Productions in Boston, and a former president of The Boston Playwrights’ Platform, where several of her plays were first produced. Her short play Stop Requested was awarded best play and best director, and was also published by Heuer Publishing. Games and Puzzles was produced by Image Theatre Co. for their Fem-Noire Festival and the Boston Theater Marathon. Stop Requested and her prickly Urban Gardens were produced by the South Camden Theatre Company in New Jersey. Urban Gardens was awarded best play at the Playwrights’ Platform Summer Festival. Her plays A Perfect Match and Lapse were produced at the ACME Winter New Works Festival and the Boston Theatre Marathon. Her edgy political piece Random Selection was read at the Provincetown Theatre Company's Spring Playwrights Festival and was later performed at the Boston Theater Marathon and at Curry College. Random Selection was published in Belgium in a collection of the best short plays by Boston playwrights. Her haunting work Binding the Artful Dodger had its world premiere at Curry College and most recently, Breakfast with Mary had its world premiere at the Deertrees Theatre in Maine. Her new screenplay Kippy, co-written with Boston Globe reporter Beth Healy, has been optioned in the US and will begin production in Boston, MA in the spring of 2018. Gail is a member of the Dramatists Guild.  She holds a Master’s degree from Emerson College, and for ten years worked as the Playwright in Residence, Senior Lecturer and theatre director at Curry College.  Courses taught include Scriptwriting, Directing, ProTools and sound design, playbill design, and a freshman inquiry course.  gailphaneuf@gmail.com or visit  http://www.gailphaneuf.com Gail Phaneuf is represented by Alexandra McLean-Williams at McLean-Williams Limited.   www.mclean-williams.com

SMALL CRAFT WARNINGS Leona Dawson  Provincetown Tennessee Williams Festival, MA 2016  - NEW YORK TIMES REVIEW..."Among the charms of this festival is its tradition of staging plays in unusual, intimate settings. For “Small Craft Warnings,” the Boatslip Beach Club, set on the water, was a suitable stand-in for the play’s setting, a seedy bar somewhere on the Southern California coast. It is here that the characters — drifters and grifters who spend their nights huddled over their drinks, and their days trying to forget their nights — assemble to find some solace for the waste of their lives. The play, first staged in 1972, is not exactly a comedy, but its frequent bursts of bitter humor almost convince you it is, particularly in Mr. Falco’s excellent production, powered by a supremely funny Gail Phaneuf in the role of Leona, the unofficial matriarch of the squabbling, makeshift family whose spiritual home is the bar. Barreling around the stage, her eyes ablaze with indignation or melting in sympathy, Ms. Phaneuf turned the character into a whirlwind of comic energy tinged with pathos: a bit Blanche DuBois, a dash of the blowzy Maxine from “The Night of the Iguana,” but with the braying mouth of Phyllis Diller." - Charles Isherwood New York Times. Playwright Production History

Search the Member Directory
Harrison, ME