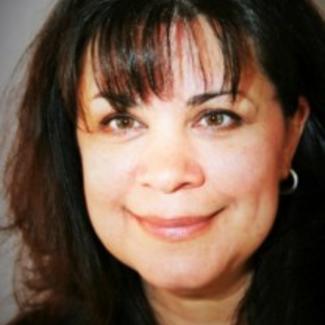 Tucson theatre artist, Esther Almazán, is in her third year of the Dramatic Writing MFA program at ASU. Her work in theatre includes acting, directing, and tech for such theatres as Something Something Theatre, The Rogue Theatre, British American Theatre Institute, Homoneurotic Theatre, and Old Pueblo Playwrights. Her scripts have been staged in the Pandora Festival, Apron Strings Project, ASU’s TheatreLAB, and Write Now. Her play, “Indian School,” received the Kennedy Center Latinx Playwrighting Award, Distinguished Achievement. “Indian School” will have a staged reading at the Institute of American Indian Arts. Esther is proud to be a recipient of The Gammage Award for 2019-2020.Coming soon