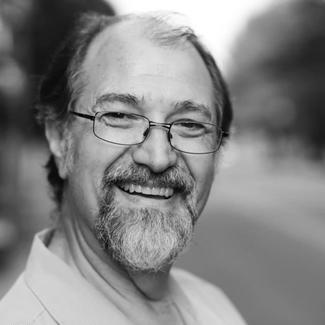 Zulia’s stage adaptation of Robert Fulghum’s All I Really Need To Know I Learned In Kindergarten, with music and lyrics by David Caldwell has had over three thousand productions around the world. The holiday sequel, Uh-Oh, Here Comes Christmas, has received hundreds of productions as well. He has collaborated with Broadway composer/lyricist Stephen Schwartz  on multiple occasions, including the creation of  the musical revues, Magic To Do, and Day by Day, and the American premiere of Children of Eden, which he also directed. Zulia adapted and co-created the stage adaptation of US Poet Laureate, Natasha Trethewey’s Bellocq’s Ophelia, which was honored with the Kennedy Center (KCACTF) Award for Distinguished Production of a New Work.

Zulia has directed scores of plays, musicals and operas, including several new works, allowing him to collaborate with playwrights such as Ron McLarty, Sherry Kramer, Paul Sambol, and Julie Jensen. He is the former associate artistic director of Mill Mountain Theatre, where he played a central role in the nationally renowned Norfolk-Southern Festival of New Works.  He also served as Co-Artistic Director of Highlands Playhouse, and has directed at dozens of professional theatres around the United States and internationally, including the Barter Theatre, Ford’s Theatre, Actor’s Theatre of Louisville, The Cincinnati Playhouse in the Park, and The Asolo Theatre.  He served as Artistic Director of the International Theatre Laboratory of Crete in 2001, which brought artists from five countries together to explore an international theatre language, and was an Artistic Associate at Chicago’s award-winning Apple Tree Theatre, where he was nominated for the Joseph Jefferson Award for Best Director of a Musical. He is the recipient of the ATHE Award for Innovative Teaching, multiple Kennedy Center Awards, including Outstanding Teaching Artist, and  Outstanding Direction of a New Play, The Perry F. Kendig Award for Individual Artist, and the Betsy Green Grubbs Award for outstanding contribution to the arts.

He holds a BA in Theatre and English from SUNY Geneseo, and MFA in Directing from Northwestern University. He is a member the Dramatist Guild and SDC.

Special projects at the Hollins Theatre Institute, in Roanoke, Virginia created and directed by Zulia include: