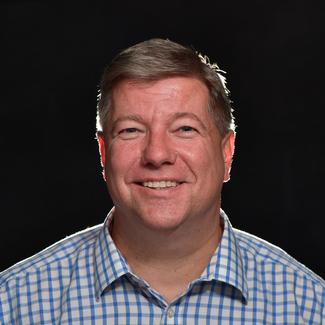 Eric Mansfield is an Emmy Award-Winning TV Journalist, Retired Army Officer, and current PR professional who is continuing his passion for storytelling through playwriting and other creative outlets. Most of the topics Eric writes about are inspired by his own life experiences either from being deployed with the military or from being a front-line TV News journalist in Cleveland, Ohio.

Born in Akron, Ohio, Eric earned his B.A. in Journalism from the University of Dayton and his M.A. in Public Relations from Kent State University. He is currently pursuing his MFA - Creative Writing (Playwriting) at Kent State.

A 20-year career as a broadcast news anchor-reporter (18 of those years with WKYC-TV) concurrent with 20 years of service in the Ohio Army National Guard, including deployments to Iraq and other hotspots, gives Eric a unique life experience to share as a creative writer.

He is often tinkering with multiple short and full-length play scripts along with several screenplays. Eric looks forward to learning from other creative writers and welcomes feedback and engagement.

Eric's first full-length play, LOVE IN RESERVE, was named a 2020 national semi-finalist for the Bridge Award from Arts in the Armed Forces and is slated as a main stage, equity performance in 2021 at Rubber City Theater in Akron, OH.  LIR also received the "Best Local Play by a Local Playwright" Award from the Cleveland Critics Circle.