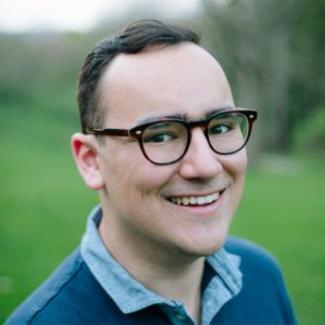 Born and raised in Michigan, Eric Grant has been writing stories for stage and screen since he was eight years old. He is a two-time recipient of the coveted Hopwood Award for Drama from the University of Michigan, where his play, Paris at Dawn, was given a full production by the famed Basement Arts student group. After graduating, Grant interned at the John F. Kennedy Center for the Performing Arts in Washington, D.C., where his latest play, Bleecker Street, received its first professional staged reading. This past August, that same play received a workshop production at The Phoenicia International Festival of the Voice in New York. Eric recently moved to Chicago where he co-wrote Shalom!, a sketch comedy show that garnered a sold-out run at The Second City’s De Maat Theatre.

Review: Bleecker Street at the Phoenicia Festival of the Voice