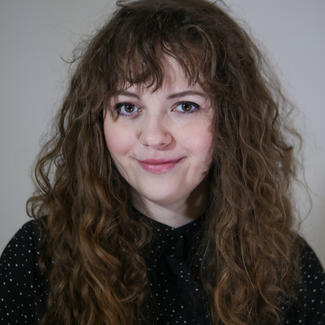 Emma Grace Imes is a Lexington Kentucky based theatre artist. She holds a B.A in Theatre from the University of Kentucky. She has performed in multiple student produced works at the University. Including "Robin" in Horse Girls, and, "Mother" in Women and Wallace. On the mainstage her ten minute play, How/Why My Sock Monkey Became Real, was selected to be produced as a part of the college's New Works Now 2018 program. Emma has co directed, co adapted, and produced a production of The Little Prince in drag with her creative partner Brent Watts. As apart of the schools selective advance directing course she wrote/produced two experimental site specific works. Behind her college career is her community theatre experience which spans over 30 productions.