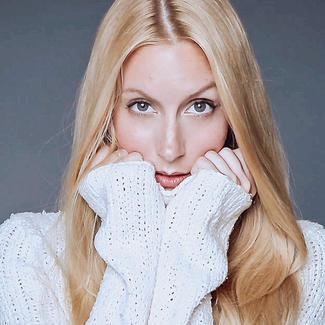 Elizabeth is a writer living in New York City whose play Marionettes is a 2018 Woodward/Newman Award finalist and The O'Neill National Playwrights Conference semi-finalist. Her play Kitty, Cappy, Gypsy & Snake is a 2017 Princess Grace Award semi-finalist and 2018 Blue Ink Award semi-finalist. Her play I Don’t Believe in Fairies is a finalist for Shakespeare’s New Contemporaries with the American Shakespeare Center and her play lolita lolita is a nominee for the 2019 Lark Venturous Fellowship Program. She is a writer member of the Playwrights and Directors Unit at The Actor’s Studio and is a part of José Rivera's writer's group, as well as Dorset Theater Festival’s Women Artists Writing group. Her work for the stage has been seen/read at Ensemble Studio Theatre, The Lark Play Development Center, The Actors Studio, New Neighborhood, Primary Stages, ESPA Detention at Jimmy’s No. 43, The Abingdon Theatre, The Drama League and Six Part Productions. She has also written for the screen, contributed as an essayist and is a member of the Dramatists Guild of America.