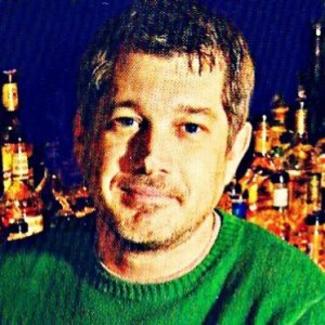 Schutte (he really doesn't like the name Doug) has worked in theatre most of his adult life as a writer first-and-foremost, and also as a director, actor, and designer.  Currently, Schutte serves as Executive Artistic Director and Playwright-in-Residence at Bard Theatre in Louisville, KY (http://www.thebardstowntheatre.org), positions he has held since March 2010.

Prior to heading up Bard Theatre, Schutte served as Executive Director of the Kentucky Theatre Association, during which time he honored with a City of Louisville Ambassador Award, and a Recovery Grant Award via the KY Arts Council.  Schutte's most beloved theatre experience is a tie between his time spent as a Treadwell Fellow at Shakespeare's Globe in London (where his love of theatre was reawakened) and all of his time as a writer spent with wonderfully unpredictable characters.  Other experience includes over a decade of teaching at the University of Louisville, Saint Xavier, Bellarmine University, and more.  And--YES--Schutte has the great distinction of having come to the theatre world via football (which explains his movement-based methods), first as a player and then as a coach for nearly 10 years.

His writing credits include produced full-length plays Chasing Ophelia, The Kings of Christmas, Misses Strata, &  Just Like Life, and produced short plays Love Religiously, Stained Glass, Whistler's Mother, and The Ward of the Wings.  Of these, his favorite production of one of his works was a 2015 Shakespeare in the Park production of Chasing Ophelia.

Schutte's directing credits with Bard Theatre include A Bright New Boise, Rapture Blister Burn, Reasons to Be Pretty, The Curious Case of the Watson Intelligence, The Kings of Christmas, Greater Tuna, Bethany, and All the Answers.  He's also serves as Festival Director for each of the Ten-Tucky Festivals.  Acting credits include Chasing Ophelia, The Kings of Christmas, Misses Strata, Just Like Life, Love Religiously, A Bright New Boise, Rapture Blister Burn, 44 Plays for 44 Presidents, Reasons to Be Pretty, Bethany, All the Answers, Nightstalker & Canary.

Schutte has been featured as a cover story for both LEO Weekly and The Courier Journal, as well as featured in Louisville Magazine Front Pages.

Featured as a cover story for both LEO Weekly and The Courier Journal, as well as featured in Louisville Magazine Front Pages.

7 consecutive years of production for The Kings of Christmas (2011-2017), which including this review:

The madcap opening moments of “Kings” are flat-out brilliant – and the rest of the play lives up to the opening. This is among the best-written, best-executed riffs on Dickens’ “A Christmas Carol” you’ll ever see. In fact, a word to the wise: stop reading for a moment and immediately order your tickets. This is the fourth season of “Kings,” and as with the Louisville Ballet’s “Nutcracker” and ATL’s “A Christmas Carol,” tickets are a hot commodity. “King’s” has become a holiday tradition for many Louisville theater-goers. Groups file in together and fill entire rows in the intimate performance space. After a packed Sunday night performance, I overheard a chorus of folks saying: “We’ll do it again next year.”

The first half of the play is a courtroom comedy like none other, with Uncle Frank as prosecutor (channeling his courtroom idol, Ben Matlock), Wendy as an earnestly impulsive defense attorney (who repeatedly objects to her own inappropriate remarks) and a judge and jury made from poster board cutouts. The highlight of the trial is an intricate series of Rashomon-like reenactments that depict various accounts of Marley’s demise. These scenes are comic writing of a high order – and the ensemble revels in the shape-shifting variations.

In the second half, the Rashomon conceit gives way to a full-blown variation on “A Christmas Carol.” The spirits of Christmas past, present and future are represented by the Elvis-impersonating Stein King (Schutte, in a virtuoso hip-twitching, performance). This spirit is a Vegas Elvis, dressed in satiny Vegas attire, speaking in a syrupy Tupelo drawl and littering his every speech with snippets from Elvis hits (56 references, we’re told, at one point and each funnier than the last).  (Read the full review here)