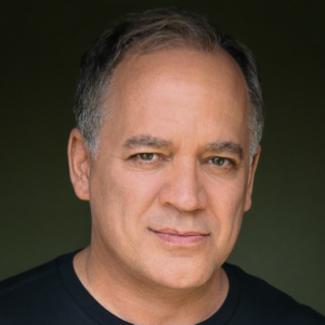 DON CUMMINGS lives in Los Angeles with his husband, Adam Waring, and Maude.

His love-sex-and-health memoir, Bent But Not Broken, was released March 15, 2019 by Heliotrope Books. Don has been published in literary journals and often performs his stories at venues around the country: Comedy Central’s Sit ‘n Spin, HBO Workspace, Brooklyn Reading Works, Tell It!, Personal Space and True Story. His many plays have been produced and read on both coasts, performed by committed artists, curious interlopers and Meryl Streep. Don has appeared on television and in film, but more often on stage. His production company, Pacific Hudson Railroad, produces and develops filmed and recorded entertainment. A graduate of Tufts University with a degree in biology and The Neighborhood Playhouse School of the Theatre with an actor certificate, he spends most days writing, playing music and desiring some kind of peace.