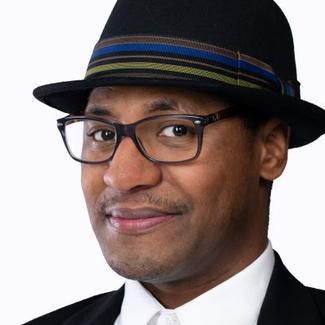 Writer/Performer/Seeker/Diva Worshipper Donald Jolly (D. Jolly) was born and reared in the District of Columbia in the days of Chocolate City. Jolly is the author of the historical dramas BONDED (nominated for Los Angeles Stage Alliance Ovation, GLAAD Media, and NAACP Theatre Awards, and winner of the Arch and Bruce Brown Playwright Award for LGBT Historical Plays) and BABY EYES (Recommended by Stage Raw). In association with the Watts Village Theatre Company, D. wrote RIOT/REBELLION, an immersive ensemble-driven docudrama that was staged in 2013 and again in 2015 in commemoration of the 50th Anniversary of the ’65 Watts Uprising (GO! LA Weekly). D’s work has been developed at Horizon Theatre Company in Atlanta, CalArts, Celebration Theatre, Company of Angels, The Vagrancy, Ensemble Studio Theatre/Los Angeles (EST/LA), and Playwrights’ Arena. The playwright is a proud member of the Dramatists Guild of America, an Associate Artist with Playwrights’ Arena, an alum of Center Theatre Group’s L.A. Writers Workshop, and an alum The Writers' Room at the Geffen Playhouse. Jolly holds an A.B. from Dartmouth College and an M.F.A. in Dramatic Writing from the University of Southern California School of Dramatic Arts. Although Jolly most often uses “he/him/his,” Jolly is still undecided on pronoun usage. Find out more about this drama queen at d-jolly.net & @jollydramatist.