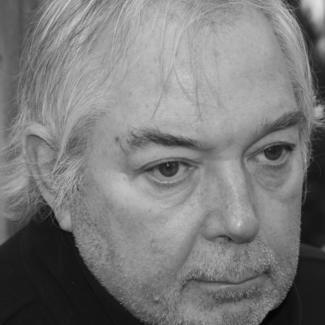 Dennis turned to theatre after he retired in 2009 as a bank VP, teacher, software engineering manager, newspaper reporter, and a social worker in family crisis intervention/child abuse and neglect.  Beith macánta leat (to be honest with you), he never could decide what he wanted to be when he grew up, which didn't delay the growth process one second. He has lived and worked in Europe and the Middle East, picking up smatterings of German and Arabic, but, of greatest import to him, is the progress he has made in (re) acquiring is people's native tongue, Irish.  He is a dual national and has written numerous plays around Irish themes, some partly, one entirely in the Irish language.  He has translated four plays from Irish to English and one, Rockaby by Samuel Beckett, from English to Irish, with the kind permission of the Beckett Estate.

He has founded and led two small, professional theatre companies, serving as artistic director of both.  And, while coming to theatre as a writer, he has directed or AD'd over 30 productions, and has served in most aspects of tech design and/or ops - all except makeup.

Now, under the rigors of a pandemic, he has spent a good bit of time learning how to better adapt the tools of other trades to theatre:  filming and film editing, streaming, the use of common business software (e.g. MS Powerpoint) and gaming and streaming software (e.g., OBS), and so on.

Years ago, I realized (a personal note) that if the same number of children in my community went to bed hungry when our show closed as went to bed hungry when it opened, then our show, no matter how grand, was for naught.  As a result, we keep as accurate a headcount as possible of show attendees (now viewers), multiply that number by a certain dollar amount, and donate that sum to local organizations which (once vetted) had direct impact on combatting childhood hunger in our communities.

The shows of which I am especially proud:  The Two Sisters,  Of Human Kindness, both original creations, and Eclipsed (Patricia Burke Brogan) and Translations (Brian Friel).  More about our production history can be found at:  https://www.otheronlywindows.com.

A final highlight has been each show in which we are able to bring on an intern who then went on to furthering their artistic life in the theatre arts. We, myself, and our board, have always found joy in furthering the aspirations of those who have graced our lives with their talents, hours of work, and good spirits.