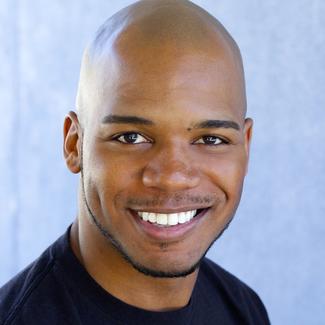 Dedrick Weathersby a Longview Texas native. A 2022 Emmy Award Winner for Best Interview and Discussion with Theatre Corner on PBS/KPBS. A Broadway World Award Winner and NAACP Award Winner. As a child, his dream was to become a professional actor/singer and impact the world and his community through his story telling and music. Years and dreams later, he's living that dream, paying it forward and still has more to do. Dedrick has been a professional actor since 2010 and performed in over 100 Broadway Musicals and Plays. Dedrick is a proud member of Actors Equity Union, a union for professional stage actors, SAG-AFTRA a union for film/television and Dramatist Guild Union, for Playwrights.

Dedrick released his second album titled "5 Minutes Til Places" (Songs of Broadway); available on all streaming platforms, This album is a personal tribute to Broadway shows that are near and dear to Dedrick's heart and his career,

Dedrick is an accomplished author of 5 published books, his most recent literary success would be "Fabrics" a 20 day affirmation book. Dedrick is a firm believer, if you remember those humble beginnings, you can use each moment for future endeavors and "You can't lose giving to others".

Dedrick debuted 'Remembering James'- The Life and Music of James Brown in February 2019 with the collaboration of Boxcar Theatre and the Creators of Speakeasy San Francisco. The show Embarked on a National Tour from 2019-2020 (Pre-Pandemic) and performed over 50 Shows.  Dedrick is forever thankful for Boxcar Theatre for taking a chance on this production when noone else would.

​Dedrick Weathersby born on April 6, 1990 in Marshall Texas to Alvin Weathersby and Carolyn Hutchinson. Raised in Longview Texas by Bobby and Carolyn Nelson. Many that knows the hometown name “Hollywood” would say Dedrick's acting start was at Pinewood Park Elementary in the Nutcracker, under the direction of Mrs. Delia Williams. His secondary training would be at Foster Middle School, in a plethora of plays under the direction of Mrs. Mattie Cuba, which Mrs. Cuba mentioned “You want to add singer, dancing and acting to your skills as an all around actor”. His final hometown training would be at Longview High School, under the direction of Mrs. Pam Mc Mercer, where he performed in multiple musicals and plays and competed in UIL (University Interscholastic League)- One Act competition. Dedrick would attend Lon Morris College on a Full Ride Scholarship in Musical Theatre and Academics. Dedrick became the first African American Student Body President at LMC and graduate with two Associates in Musical Theatre and Business Management. Dedrick also attended The University of Texas at Tyler where he would obtain his degree in Psychology with a minor in Business Management. He would reside in Tyler Texas until he received a vision of God on moving to California. Dedrick made the big move on August 12, 2012 in his 1998 Buick Lesabre with a leap of faith to pursue his life long dream of being a full-time actor.