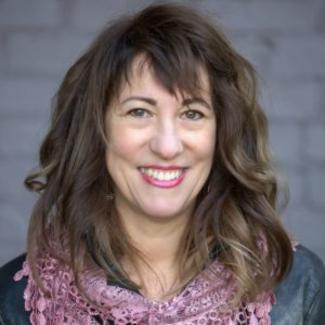 Deb Victoroff started her writing career producing humor essays and articles for this medium called “print” (which, like vinyl records, used to be cool, but now is sort of rare and ironic) including The Village Voice, Penthouse, and Cosmopolitan magazines. Deb also contributes a monthly horoscope parody to the online humor magazine: www.happywomanmagazine.com.

She has written several short plays that have appeared in off-Broadway venues and regional theatres around the country. Her drama “Et Tu Kelly” was a finalist in the annual Samuel French one-act competition, the New York City-based Strawberry One-Act Festival, and The First Stage Festival in Los Angeles, CA. Her comedy “Table for Two” was performed at the Producer’s Club and the Theatre Studios in Manhattan.  Her one-act drama “Letter From A Soldier” was performed in Vancouver, British Columbia at the “Walking Fish Play Festival” and garnered glowing reviews, one of which can be read here: www.straight.com/article-148353/walking-fish-festival

Last year, her one-act comedy “But Siriously” a comedy about man’s relationship with Siri was produced online via the theatrical podcast: Amy’s Horse (amyshorse.com) and starred the actual original actress who voiced the original Siri: Susan Bennett.  This year, her short play “The Cruise” was selected for the Susan Glaspell “Trifles” festival in New York City and her Elizabethan dialogue “The Tragedy of the Election of the Citrus King” was performed at the New York Winterfest of New Plays.

Her paranormal short story “House and Garden” is available as a Kindle download at Amazon.com (https://amzn.to/2TNwL4j). If you buy it, she’ll earn about 9 cents.