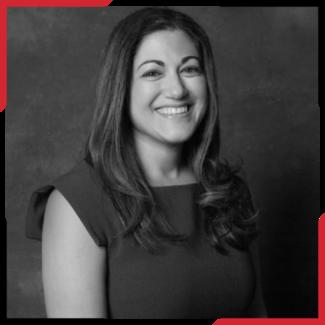 Prior to joining the DG©M, Deborah served as the Director of Business Affairs at the Dramatists Guild of America. In that capacity, she consulted on business and legal affairs for a nationwide membership on topics ranging from copyright and trademark to negotiation to rights acquisition. She routinely conferred with 70 of the country’s most prominent playwrights regarding matters of timely interest to the dramatist community, and worked with the Guild’s regional representatives on issues relevant to the Guild’s 8000+ members nationwide. Deborah was the Guild representative at the Coalition of Broadway Unions and Guilds and is a contributor to Dramatist Magazine.

Deborah's work with the Devised Theater Committee at the Dramatists Guild (which included Doug Wright, Moises Kaufman, Paul Thureen, Hunter Bell, Gab Cody, and Kyoung Park) yielded four groundbreaking model contracts and a Resource Manual. Since those materials premiered, Deborah has spoken extensively on the topic of devised theater including presentations at the Segal Center, Columbia College in Chicago, and the Drake Theatre in Philadelphia. She was invited to participate in the Public Theater’s conversation titled “Devised Theatre: Caring, Producing, Presenting,” and was the keynote speaker at the DG International Devised Theater Conference in NYC. Deborah was also invited to speak on devised theater at the Edinburgh Fringe Festival and the Writer's Guild of Great Britain.

Deborah has appeared as a panelist and lecturer at Woman's Project Theater, the American Alliance for Theatre and Educators (AATE), and the Dramatists Guild Institute's Musical Theatre Intensive. She was featured at the Dramatists Guild National Conferences from 2012 - 2018 where she created and became well-known for her presentation, "Can I Do That?," an engaging, hypothetical-based lecture series geared specifically toward creatives.

DGCM Event: Think Before You Throw (or Donate): The Value in Your Papers
Copyright Awareness Week April 25-April 29
February Career Training Events: Bill of Rights Workshop, Contract Coaching and Copyright Clinic
Estate Planning Week 2021: Learn How to Protect Your Work and Plan for the Future!
Unsafe @ Any Age: Creative Aging in the American Theatre