David Lee White is a New Jersey based playwright and educator that has worked with Passage Theatre, McCarter Theater, Dreamcatcher Rep, Luna Stage, Writers Theatre of NJ, Bucks County Playhouse, PlayPenn, Rider University and Drexel University as well as many other theatres and theatre programs in the NJ/NY/PA area. His work runs the gamut from crowd-pleasing comedy, political satire, oral-history based docudrama, musical theatre, educational theatre and mental health advocacy.

In 2016, David was commissioned by the New Jersey Performing Arts Center’s Stage Exchange Program and Passage Theatre to create the play FIXED, based on interviews with mental health care professionals and people suffering from bi-polar and schizo-affective disorders.  The play premiered at Passage Theatre  in May, 2017.  Previously, his play BLOOD: A COMEDY was seen at Passage Theatre (2009) and Dreamcatcher Rep (2012). His play SLIPPERY AS SIN also received its world premiere at Passage in 2011. The one-act play WHITE BABY was originally produced at Passage Theatre, then at Emerging Artists Theatre in NY. His solo show PANTHER HOLLOW was performed at Dreamcatcher Rep,  The United Solo Festival in NY, The New Jersey Fringe Festival, Passage Theatre, Arcade Comedy Theatre in Pittsburgh, Point Park College and Drexel University. Recently, David teamed with composer Kate Brennan to create ALiEN8 and CLEAN SLATE for McCarter Theater’s Education Program.

David also worked with Passage’s Artistic Director June Ballinger to create the mainstage shows TRENTON LIGHTS and PROFILES, which made use of interviews with Trenton residents on the topics of race, identity and history in Trenton, NJ. Since 2005, he has been creating oral-history based plays with Trenton area teens based on social and cultural issues. IF I COULD IN MY HOOD I WOULD… was about inner-city gangs, FIRE GIRLS took on the issue of girl-bullying and URBAN CENTRAL examined the 1967 race riots that took place a Trenton Central High. Subsequent shows in this vein include GET OFF THE BUS and BOBASHELA. He created “Stoop Theatre” with the Trenton High drama club and created the show THIS TRENTON LIFE which was the subject an Emmy-Award nominated broadcast on PCK Media’s STATE OF THE ARTS.

David currently has several other works in development. His play WAYS TO BE HAPPY received a reading in the Hive Exposed series in NY in March of 2015. Other plays include THE FESTIAL QUARTET (readings at Bristol-Riverside Theatre and Writers Theatre of New Jersey) and ROCKET SEX MAGIC – a comedy about real life rocket scientist/occultist Jack Parsons (reading at Writer’s Theatre of New Jersey.) In addition to his collaborations with Kate Brennan, David created the musical LIVE STREAM, with composer Sarah Donner and co-creator Adam Immerwahr, which was workshopped at Bristol-Riverside Theatre as part of their America Rising series. He also wrote the book for THE ANGRY GRAMMARIAN with music by Jeffrey Barg. The show has been developed with the Players Club of Swarthmore and Pulley & Buttonhole Theatre.

For fourteen years, David Lee White was the Associate Artistic Director and Resident Playwright at Passage Theatre in Trenton, where he had the great fortune to work with writers and theatre artists like William Mastrosimone, Leslie Ayvazian, Lauren Weedman, Caridad Svich, and many others. He also ran the Passage Play Lab which aided in the development of plays by New Jersey-based playwrights. In 2016, the Play Lab became an independent entity known as The Witherspoon Circle, which helps develop, workshop, publish and raise awareness of New Jersey area Playwrights. David currently teaches theatre classes at Rider University and Drexel University. 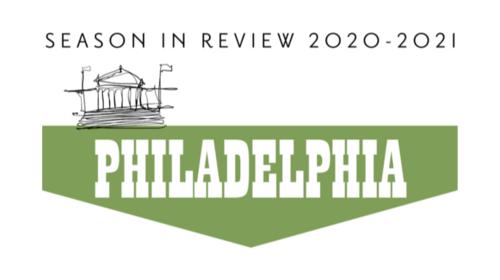