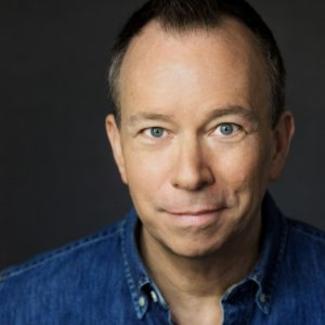 David Rambo is a playwright and screenwriter.  His career began with a premiere at the Humana Festival at Actors Theatre of Louisville, and his work has been produced and developed across the country at The Old Globe, Pasadena Playhouse, Alliance Theatre, The Geffen Playhouse, Cincinnati Playhouse in the Park, The Cleveland Playhouse, Denver Center Theatre, Northlight Theatre, Los Angeles Theatre Works, and The Hollywood Bowl, among many others.  He has adapted several classic screenplays for live performance, including All About Eve, Casablanca, and Sunset Boulevard.  He is a Trustee and Chair of the Western Council of The Actors Fund.

Plays:
God's Man in Texas
The Lady With All the Answers (Cherry Lane Theatre, Lortel nomination)
The Ice-Breaker
Babbitt
The Tug of War