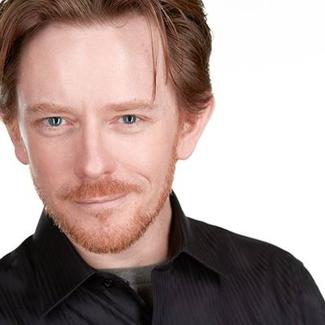 David's life in the theatre began when he played a bunny rabbit in his third-grade talent show. Since that time he has worked as a playwright, actor, director, educator, dancer, choreographer, critic, combatant, producer, prop master, editor, usher, and coach.

As a playwright, his works include The Latchkey Pool, mass, The Delaware Codicil, Liberty & Joe DiMaggio, and Sleeper. His play The Curing Room saw back-to-back productions in London and at the Edinburgh Fringe Festival, produced by Stripped Down Productions, followed by consecutive Canadian productions by Theatre BSMT and Theatre Outré. The play has been translated into multiple languages, with a nearly two-year engagement in Athens, Greece (in a production translated by Adonis Galeos) and an extended run in Johannesburg, South Africa (in a production translated by Frans Swart).

David has served as a director or assistant director in New York for the Pearl Theatre Company, Manhattan Theatre Source, Flux Theatre Ensemble, and Boomerang Theatre Company. He has directed plays, musicals, operas, short films, feature films, and political campaign videos across the country. In 2019, David simultaneously directed plays in two separate states, placing his work at the forefront of what would become the Zoom-theatre movement. In response to the historical pandemic of 2020, David became a champion of virtual theatre, directing, producing, and shepherding content that is both innovative and ethical.

Film & television credits include “As The World Turns,” “One Life to Live,” the web series "Scenes From the Movies," and the award-winning short Pinecone, based on his play.

Born and raised in Southern California, David received his BFA in Acting and Directing from the University of Arizona and his MFA in Directing from Illinois State University. David is a proud graduate of New York's William Esper Studio, where he studied with William Esper and Terry Knickerbocker. David currently resides in Nashville, Tennessee, where he serves on the faculty of the Theatre & Dance Program in the Department of Communications at Tennessee State University.

David is a founder of and Producing Artistic Director for Pipeline-Collective, an organization that proudly declares "We are not a theatre company." Rather, Pipeline-Collective is "the actors, the writers, the theatremakers who seek from time to time to bring the best and the new and the undiscovered from larger markets to the places where we are." For more information, please visit www.pipeline-collective.com.

Favorite credit: Father to Beckett Harrison Lee, on which he collaborated with his wife, Karen.​