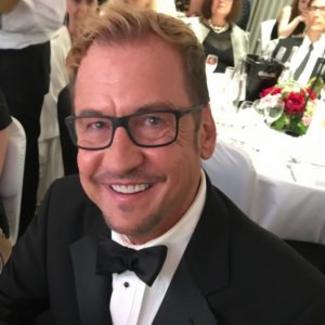 Multiple award-winning writer David Earle was born and raised in Anaheim, California, and lived fifteen years in the Los Angeles area where he worked at various entertainment industry companies; Taft/Barish Productions, New World Pictures, Rogers & Cowan, Hollywood Records, and Walt Disney in Creative Development at Disney Imagineering.  His screenplays have earned him 73 awards and nominations at film festivals and screenplay competitions nationally and internationally.  He resides at Lake Tahoe in northern Nevada amid the majestic High Sierras where he writes prolifically, varying from comedies to dramas, from novels to screenplays and plays, of which he has had four plays produced in the U.S. and Australia.  Those credits include - After the Wedding; A Road to Nowhere; They're Having a Deadly Good Time; and Postnuptials.  Postnuptials, an adult farce, had its Australian premiere at the Parade Theatres in Sydney where it was chosen as the theatrical event for the 2013 Sydney LGBTQ Mardi Gras.  Both the Postnuptials stage play and its (unproduced) screenplay adaptation have been nominated or won several awards at film festivals internationally.  He adapted his one-act stage drama, A Road to Nowhere, into a screenplay short (unproduced) that has received several international film festival awards.  His sci-fi drama novel, Life Is But A Dream, is selling worldwide in 248 countries (notably on Amazon).  The (unproduced) screenplay adaptation of Life Is But A Dream, that he wrote, has won him numerous awards and nominations at a number of international film festivals.  The Inclusion and Equity department of the Writers Guild of America West chose Life Is But A Dream for a full cast industry reading at the WGAW building due to the ethnic diversity of its characters.  His five-episode true story limited series, Pelée, in pre-development, has also won him multiple awards internationally.  His most recent completed screenplay is anothermulti-award-winning true story drama titled, Searching for Michael.  In addition, he has written the novelette, The Remarkable Travels of Billy Sparks, and short story, The Calla Lilies (both on Amazon).

David Earle is also a proud member of the Writers Guild of America West.

“A chaotically funny play, both vigorous and spirited.  Catch this play while you can and be prepared for an exhilarating night of theatre.” ~ Bronwyn Fullerton / Sydney Arts Guide

“Making Priscilla seem positively prim is Postnuptials, a farcical feast of funnies.  The show is first and foremost a comedy, but it’s also not afraid to shoot past pure entertainment value for a little something more.” ~ Angela Bennetts / Alternative Media Group (Alt Media)

“Postnuptials is a great little play as it highlights the difficulties some people experience through misconception and stereotyping.  We have all experienced at one time or another a bigoted attitude towards being gay, and Postnuptials demonstrates the experiences of a young man who is assumed to be gay by his family and his brides.  Written by David Earle, this stage play has some very interesting themes including how someone deals with confrontation about their sexuality on their wedding day and how the family deals with it.  It is great to see that at this time of year some really interesting works get presented on stage that wouldn’t normally get to see the light of day.  So do yourself a favour and go along and see Postnuptials.” ~ Matthew D’Silva / Same Same

“David Earle’s new comedy is a well written and very funny play that has some real laugh-out loud lines, situations and performances.  The convoluted plot could have easily tired out or fallen flat, but Earle explores his plot and well-defined characters, and along with crisp dialogue makes it all work…  A lot of emotions are investigated through comedy.  Earle makes some important statements about trust, families, friends and unconditional love” ~ Dave DePino / West Hollywood Weekly

“Postnuptials is a decidedly wicked screwball comedy, witty, well written, with many surprising twists to a well-paced story concerning The Eternal Triangle - Boy gets girl; boy loses girl; boy gets wrestled to the ground by a female impersonator (no fooling).  All this happens during a young couples’ wild and unconventional wedding night.  Secrets are revealed, relationships are formed as others crumble, and the true meaning of unconditional love is discovered.  While the play is not for everybody (and what play is?), keep an open mind and treat yourself and a friend to an evening of laughter with a very original story.  See Postnuptials.  It’s so good to laugh at life . . . and ourselves” ~ Michael Ellis / SHOWCASE

"The resultant foibles, domestic discord and playful squabbling give rise to a hefty spat of laughs." ~ LA Weekly