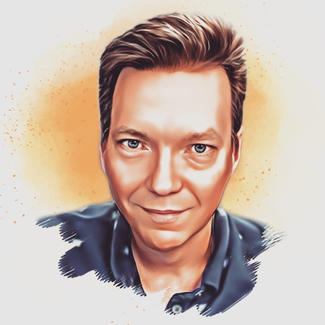 He was literary advisor for Arena Stage, Helen Merrill, and Marty Richards and Sam Crothers at The Producer Circle.

David was librettist Peter Stone's associate on the Broadway production of "The Will Rogers Follies" and he was also delighted to work with Playwrights Arthur Kopit and Mac Wellman.

For his Tolstoy musical produced by the Oscar Hammerstein II Center for Theatre Studies, David wrote book and lyrics with musical composition by Al Carmines.

David was also a librettist for the BMI Lehman Engel Musical Theatre Workshop.

He is the host of the Human Meme podcast -- with over 300 episodes -- where questions of the Human Condition are addressed each week.

Some of David Boles’ greatest works have anonymously been that of the ghostly grave -- as a well-oiled Script Doctor! -- for the live stage, the dead theatre, the empty space, the movies, syndicated radio dramas, and network television.

David Boles first joined the Dramatists Guild on July 2, 1984. Since then, his work as a Playwright has been performed regionally, and nationally, and on international tour.

Here are some of the producers: The University of Nebraska-Lincoln, the Lincoln Playhouse, Nebraska Director's Theatre, ACTF, Columbia University, the David Gordon Pick Up Co., The Producer Circle, the Nebraska ETV Network, and others!