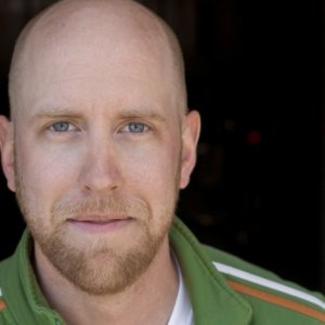 Dave Hanson is a playwright, television writer, comedian and actor known for his full length comedy Waiting For Waiting For Godot (Oberon Books) and his work on the hit television shows Inside Amy Schumer on Comedy Central and Chelsea Lately on the E! Network.

Originally from Olympia, Washington, Dave studied Theatre and English Literature at Whittier College in California and has gone on to study improv & sketch comedy writing at IO West, UCB and The Second City LA in both New York and Los Angeles.

As a playwright his comedy Waiting For Waiting For Godot was a hit at the 2013 New York International Fringe Festival and has since gone on to have several successful regional productions around the US as well as runs in London and Istanbul. The play is published by Oberon Books in London.
His other published works include Thank You For Letting Me Have Sex With You, Cafe d'Automatique and The Exit Interview.

Dave lives in New York City and is currently an associate professor at Emerson College in Boston where he teaches Improv into Sketch Comedy Writing, and Comedy Writing for Late Night Television.

Playwright and television writer known for his hit full length comedy Waiting for Waiting for Godot and his work on Inside Amy Schumer (Comedy Central), Chelsea Lately (E!) and Inside College Football (CBS Sports Network).

Dave lives in New York City and is an adjunct professor at Emerson College in Boston.