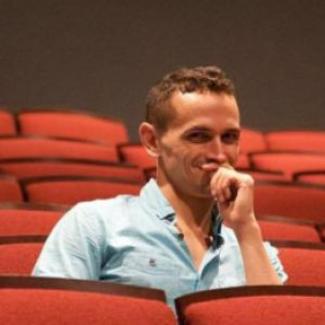 Danny Rocco’s plays have been developed and produced in New York, Los Angeles, Cape Cod, Colorado, Romania, at the Williamstown Theatre Festival, Oregon Shakespeare Festival and most recently at the Atlantic Acting School/the Linda Gross Theater. Danny is an Edward F. Albee Fellow, a Yaddo resident artist, a graduate of New York University’s Gallatin School, and Columbia University’s School of the Arts with an MFA in playwriting. He is an executive producer at Brontosaurus Haircut Productions, and the co-creator of the Score Technique of playwriting. Danny has an on-going residency with the Atlantic Acting School, wherein each summer he uses the Atlantic’s Linda Gross Theater to produce, develop and workshop a new play using student actors. His play What The Sparrow Said is being made into a movie under the direction of Tim Guinee, executive produced by Anson Mount (@sparrowthemovie).

Danny Rocco's new play The Renaissance will have a workshop production this summer 2018 at the Atlantic Acting School, NYC.

Danny Rocco's What The Sparrow Said is being made into a short film under the direction of Tim Guinee, executive produced by Anson Mount. For updates, please follow us on Instagram and Twitter @sparrowthemovie

For more information on the Score playwriting format, please visit Brontosaurus Haircut Productions' website at www.brontosaurushaircut.com and follow us @BrontoHaircut