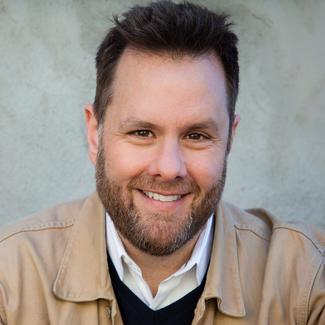 Daniel Neer is a librettist, lyricist, playwright and performer currently living in the Washington, D.C.

Daniel Neer is a librettist, lyricist, playwright and poet with interests ranging from vocal chamber music, art song and choral projects to music- theater, contemporary opera, multimedia and interdisciplinary works. He is the librettist of the new American chamber opera Independence Eve, with music by Sidney Marquez Boquiren, which will receive its world premiere with UrbanArias at the Signature Theatre in Arlington, Virginia in June 2017.  Developed by American Opera Projects since 2012, Independence Eve has enjoyed a series of rewarding workshop productions by AOP First Chance, OPERAtion Brooklyn, the Brooklyn BEAT Festival, Two Sides Sounding, Ensemble Pi and in residence at the Harlem School of the Arts.  Daniel is also librettist of And Here We Are, an opera-in-progress with composer Matthew Welch in collaboration with Experiments in Opera, which has received a series of workshop performances at Roulette, The Stone and Merkin Concert Hall at The Kauffman Center. Plans are currently in progress for a Spring 2018 premiere of the completed opera. Other libretti include Mercury Falling with Chandler Carter, which made its premiere at the 2009 Long Leaf Opera Festival, and Odes to Earth an Air, an early collaboration with Sidney Marquez Boquiren that received a workshop premiere at Adelphi University in 2010. Libretti in progress include projects with Alex Burtzos and Ronnie Reshef.  As a lyricist for new vocal chamber music and art song, Daniel’s collaborations include Brooklyn-Queens Expressway with Robin McClellan for Queens New Music Festival, Bruce Bailey with Daniel Felsenfeld for Two Sides Sounding, The Gyre with Robin McClellan and Metamorphosis with Scott Gendel for the Narkissos Project, Gitchee Gumee with Jonathan David which premiered at the Bar Harbor Music Festival, Summer 1976 with Kim Sherman and Gursky Songs with Alex Burtzos for music/poetry|poetry/music at The National Opera Center, The Good Doctor Windhager by Ronnie Reshef for The Secret Song competition (winner), MASKS by Alex Burtzos for The New Song, HAIKU NYC with Ellen Mandel at the Brooklyn Historical Society and Cornelia Street Café, and Ellis Island with Jennifer Bernard Merkowitz which was recently premiered at Otterbein University in Ohio. Daniel’s first collaboration on a choral work resulted in a collaboration with Faye Chiao entitled Blanket of Stars, composed for the occasion of a Benefit for Syrian Refugees sponsored by the United Nations Chamber Music Society and the United Nations Refugee Agency (UNHCR).  Daniel is currently at work on a large-scale choral work for men’s voices with composer Jonathan David.  Daniel’s first play, The Interview, received a world premiere as part of the New Works International Festival for Short Plays at the Richmond Shepherd Theater in New York City, directed by Ted Gorodetzky.