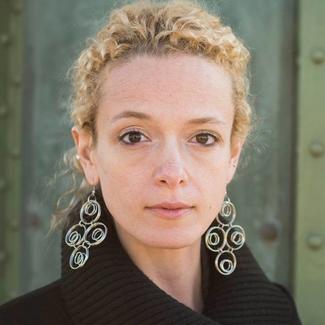 CRISTINA A. BEJAN is a Romanian-American historian, theatre artist and spoken word poet based in Denver, Colorado. She grew up in Durham, North Carolina, and received her BA in Philosophy from Northwestern University, where she also studied theatre. An Oxford DPhil and a Rhodes and Fulbright scholar, she has held fellowships at the United States Holocaust Memorial Museum, Georgetown University, and the Woodrow Wilson Center, and has taught history at Georgetown and Duke Universities, among others. She currently teaches world history at Metropolitan State University of Denver. A playwright, Bejan has written seventeen plays, many of which have been produced in the United States, Romania, the United Kingdom and Vanuatu. She is founding executive director of the arts and culture collective Bucharest Inside the Beltway. Under the stage name “Lady Godiva,” she performs her poetry across the United States and Romania. She has written "Intellectuals and Fascism in Interwar Romania: The Criterion Association" (Palgrave Macmillan, 2019) and "Green Horses on the Walls" (Finishing Line Press, 2020) and is also  a contributing author for "The United States Holocaust Memorial Museum’s Encyclopedia of Camps and Ghettos Vol. 3" (University of Indiana, 2018). She has appeared on C-SPAN, and her work has been featured in the Washington Post, the Huffington Post, American Prospect, Evenimentul Zilei and Observator Cultural. Bejan is on the Advisory Board of Alianța and is an advocate for NAMI and RAINN. In Denver she serves as the Social Justice Director for Fearless Theatre and Storyteller/Playwright for Roshni (Empathy Through the Arts).