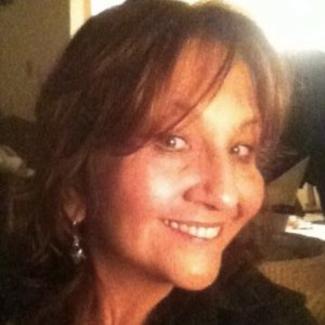 Pllaywright Coni Koepfinger received the 2021 Olwen Wymark Award from the Writers Guild of Great Britain. Sheis the host of AIRPLAY, a weekly virtual theatre program now in its 12th season that brings the voices of artists, actors, playwrights from all over the world together. Also via new media, Koepfinger has created DETERMINED WOMEN, a monthly feature that interviews women who share stories to encourage and inspire. In addition to teaching theatre and composition, Koepfinger is an internationally published and produced playwright and theorist. As a Media Advisor for the Lifeboat Foundation, her play Get the Message was in their Visions of the Future anthology 2016. Coni is a former board member of the International Center for Women Playwrights/ ICWP and committee chair for the League of Professional Theatre Women /LPTW. Recent work includes three new powerful pieces with her writing partner Joe Izen: including Eve of Beltane, Broadway Bound Festival (2019),; Schoolhouse (2015) and the first musical to usher in the singularity, Kingdom Come (2020). She has written well over 40 plays, short stories, books and commissions such as Takin’ It Back a ten-minute play for THE ME TOO PROJECT in Harlem, and Playing House a commissioned one-act about Bella Abzug for the UNTOLD STORIES OF JEWISH WOMEN and Playing Fate which was accepted for New Blood Series at Theatre for the New City. Now in 2020, Koepfinger’s work is virtually shown all over globe, My Dinner with Terra, which was read online for The Producer’s Circle and was then streamed live from The Player’s Club in NYC in TNC’s ON AIR podcast. It will be produced in the Dream Up Festival in 2021 at TNC. Her play Simon Says, was one of 12 selected in the world’s first Virtual Theatre Festival by PLAYBILL 2020 and is slated for Manhattan Rep’s STORIES film competition in 2021.

2021  Olwen Wymark Award from the Writers Guild of Great Britain