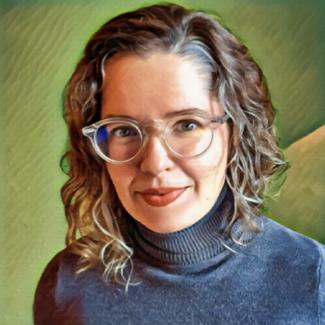 Colette is a writer and educator living in Denver, CO. Her plays include A Danger to Yourself and Others (winner of the Gulfshore Playhouse New Works Festival), Ravening, and Shelter in Place. Short films include Thanksgiving Dinner and Match. Her short films have been official selections for the Madrid International (Best Story nominee) and the Bermuda International Film Festivals among others. Her play The Matthew Portraits was a finalist in the Samuel French Off-Off Broadway Short Play Festival. She was an inaugural Playwright Fellow at the Denver Center for the Performing Arts and has partnered with aerospace engineering scientists at the University of Colorado Boulder to write about near-earth space debris. As a teacher, she loves to create safe spaces for students to hone their skills and shape their unique and diverse stories. She has an MFA in Playwriting from the Actors Studio Drama School at New School University and is a member of the Dramatists Guild. Scripts available at newplayexchange.org.