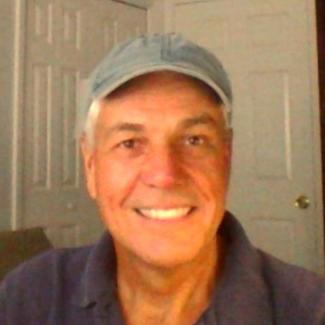 “Coach,” as Chris likes to be called, served in the United States Army as a staff sergeant during the Vietnam War, where he earned two Bronze Stars, a Combat Infantrymen’s Badge, a Vietnam Service Medal, and a New York State Conspicuous Service award. He is a Certified Veterans Recovery Peer Specialist and Certified with the Wainwright Institute of Professional Coaching. He also became a certified drug and alcohol treatment specialist through the Stratford Career Institute.

“Coach” is currently the director of VMLP and coaches though www.veteranslifecoaches.com using the life improvement service method. He also directs, teaches, and lectures at the VMLP furthering the mission to pass it forward. Mr. Uzzi also provides counseling for the Jobless Warrior program. One of his passions is being involved in the veteran’s activity programs that help veterans through the pro-social activities created by “Pickleball for All,” a 501(c)3 nonprofit organization.

The PBS Documentary the Vietnam War (Produced by Ken Burns and Florentine Films) is a monumental achievement of all the good, the bad, and ugly parts of the Vietnam War.  The human side of the documentary displayed immense heroism by the American military and other heroic countries of support. It also demonstrated clearly the politization of the government, showing the flipping policies that constantly altered the direction of the war, and lastly and yet so very important the demonstration movements of for and against the war from within America that has contrasted and shaped our Nations policies right to this present day.

Veterans and military go through a transitioning to square their service to their country. Because of the many stresses of adjusting and adapting back to civilian life the potential for untruths of negativity about one’s service can arise.

All negative stories also have hidden gifts in them. The gift?  Despite the tough times, you made it through them. The documentary play identifies many gifts that can be drawn upon to release the sticky effects of any negative story. The Good News Documentary Play provides lifelong positive changes which VMLP calls, “Sustainable Positive Wellbeing”.

The Vietnam War Documentary received the support from organizations and people who believed that their influence meant the formation of a much better understanding of the hardships and triumphs that took place during those turbulent years, showing what was, what could be, and what will be.

The VMLP Teller and Listener Documentary play is a Pass It Forward mission having huge potential to help lower the suicide rate among veterans and active military. (20 suicides a day.)  VMLP’s goal 0.

Also providing the distribution to 22 million veterans, military, families    and friends, by having the production being performed and seen in local playhouses, PBS and social media outlets all around the country.

As a supporter and for all the things one can do for themselves, their family, there business or organization and country, being a supporter of the Veterans Military Teller and listening play brings out the invisible bond of patriotism, rendering it visible for the benefit of our veterans, military, and ourselves.

Thank you very much.

Providing organized, turnaround, uplifting and positive support resources for our Veterans and Military in such a manner to create positive and permanent transformation in themselves and their community.