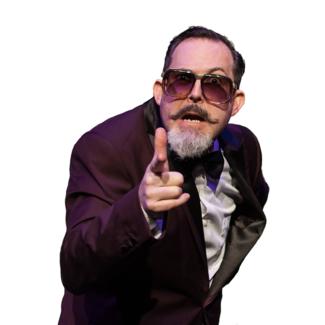 Through all of his work, Christopher Shorr strives to prevent audiences, collaborators, and himself from succumbing to complacency. He is particularly interested in the creation of new theatre pieces and in the aggressive re-working of classic texts.  He writes plays on his own, and also collaboratively, often with long-time creative partner James Jordan. He has written several adaptations, with a special focus on the Greeks.  Since 2016, he has only only taken on projects related to political resistance. Current passion project: DICTATORS 4 DUMMIES www.dictators4dummies.com

Shorr is an Associate Professor of Theatre at Moravian College in Bethlehem, Pennsylvania, where he directs the Theatre Program and serves as Artistic Director of the Moravian College Theatre Company, and is a member of the Touchstone Theatre company.  He holds a BA in Theatre Arts from Drew University, and an MFA in Stage Directing from Virginia Commonwealth University.

“Everyman on Trial" an adaptation of the classic morality play (Moravian College, 2016)

“Tribute: September 11” (commissioned by the AmeriCulture Arts Festival in Fitchburg, MA to mark the first anniversary of 9/11,  revived for the tenth anniversary and performed at Moravian College and at the University of Baltimore)