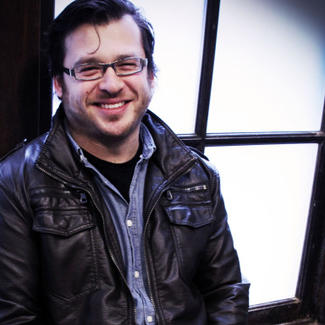 christopher oscar peña is an American playwright, originally from California, now residing in Manhattan.  Selected plays include maelstrom, icarus burns, alone above a raging sea, l(y)re, the suicide tapes and awe/struck.  His work has been developed or seen at the Public Theater, The Goodman Theater, Two River Theater, INTAR, the Ontological Hysteric Incubator, The Playwrights Realm, Son of Semele (LA), American Theater Company (Chicago), Rattlestick Playwrights Theater, the Old Vic, Theater For a New City, the Orchard Project, Naked Angels and the New York Theatre Workshop, among many others.  After successful workshop productions in LA and New York, his play with composer Melissa Lusk i wonder if it’s possible to have a love affair that lasts forever? or things I found on craigslist will close the University of Illinois-Chicago School of Theater’s LAUNCH year season in 2014 . He is the creator and co-star of 80/20, a new series for the web, which was recently named an Official Selection at the 2013 New Media Film Festival in LA, and won the 2013 Outstanding Achievement in writing from LAWEBFEST. His newest play TINY PEOPLE (or, it gets better) was a finalist for both the 2013 O’Neill Playwrights Conference and Sundance Theatre Lab, and was featured in the 2013 Crossing Borders Festival at Two Rivers Theater.  Awards/fellowships: Latino Playwrights Award (Kennedy Center), New York Theatre Workshop Emerging Artist Fellow, Playwrights Realm Writing Fellow, Sewanee Writers Conference Fellow, US/UK Exchange (Old Vic New Voices).  His play a cautionary tail received its professional world premiere at The Flea Theater in Tribeca in spring of 2013.  He is working on a new commission from Chicago’s Goodman Theater where he is in residence as a member of their Playwrights Unit.  He was the Lark Play Development Centers 2012-2013 Van Lier Fellow and is currently a 2013-2014 Fellow in the Lark’s Playwrights Workshop, where he is working on a new play. In 2014, he will be a fellow at the Sundance Institute Playwrights Retreat at Ucross and his first collection of published plays is forthcoming from NoPassport Press.  He received his B.A. in Drama from UC Santa Barbara, where he studied with Naomi Iizuka, and holds an M.F.A. in Dramatic Writing from NYU’s Tisch School of the Arts.  He is represented by Henry Huang at Station 3.