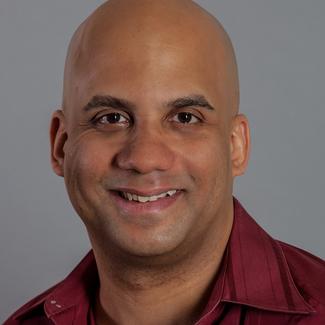 Christopher Buchanan is a New York City based playwright, performer and producer. His play Ad Nauseam was produced as a world premiere in the Blurring Boundaries short play festival by The New Ambassadors Theatre Company. Angels Watching From Afar and The Rule Book Can't Apply both received readings by The PlayGround Experiment with the latter being featured in a second reading by The Polar Bear Theatre Company. As a performer, Christopher was the title character in Mr. Long for the Frigid New York Festival. In his hometown of Washington, DC, he appeared as Klingon Hamlet in Avant Bard Theatre’s By Any Other Name: An Evening of Shakespeare in Klingon, featuring George Takei and Stephen Fry. He portrayed famed scientist Raymond Gosling in the world premiere of Photograph 51 for Active Cultures Theatre. Christopher also appeared in productions for Rorschach Theatre, Theatre Lab of Washington, Unstrung Harpist and Lazy Susan Dinner Theatre. Christopher studied playwriting in New York City at Primary Stages’ Einhorn School of Performing Arts and acting in Washington, DC at the Theatre Lab Academy of Dramatic Arts and the Studio Theatre Acting Conservatory.

I have a monologue selected for publication!!!  The 8:46 Project, an anthology of monologues about living in America while black, will be published by The New World of Theatre. The 8:46 Project, named after the tragic murder of George Floyd by Minneapolis police, is our response to the climate of racial violence against black and brown women and men by police.

The monologue being published is Your Grandma Was Out There, an excerpt from my play Angels Watching From Afar where Patricia, the grandmother of two of the play's other characters, reveals her involvement in the riots that engulfed much of Washington, DC after MLK's assassination.

Angels Watching From Afar was featured in The First Reads Festival by The PlayGround Experiment!  My latest play explores old-time religion, the civil rights movement, feminism and #BlackLivesMatter from the point of view of an unconventional and fragile family of black women in the Nation's Capital.  http://www.theplaygroundexperiment.com/.

The Emancipation of Bonnie Marie was a finalist in the Producer's Perspective PRO Broadway play reading series!  My very first play explores the issue of domestic violence and how it affects communities throughout the globe.  https://www.theproducersperspective.com/my_weblog/2019/01/introducing-a-revival-of-our-davenport-reading-series.html