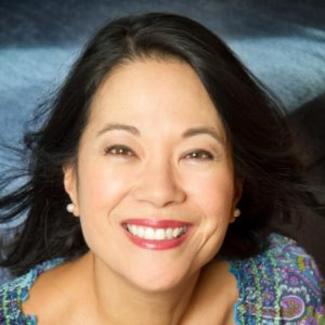 Christine Toy Johnson is a Tony honored, multiple award-winning writer, actor, director, filmmaker and advocate for inclusion. Her plays and libretti have been developed with the Roundabout Theatre Company, The O'Neill Theater Center, Prospect Theater Company, Village Theatre, Abingdon Theatre, Ars Nova, Crossroads Theatre, Greater Boston Stage Company, National Women's Theatre Festival, Barrow Group, Weston Playhouse, Leviathan Lab, Diverse City Theatre Company,Gorilla Rep, CAP21 etc., are included in the Library of Congress Asian Pacific American Performing Arts Collection, and published by Smith & Kraus, Rowman & Littlefield, and Applause Books. As a screenwriter, she won a 2016 fellowship in the Meryl Streep/IRIS Screenwriting Lab, and wrote the screenplays and lyrics to the movie musicals Riding Out the Storm (with Michael Mott) as well as Winning New York and Food Like Love (with Bobby Cronin) . Member: Dramatists Guild (Council since 2016, Treasurer since 2021), ASCAP, AEA (Former Council member, 28 years), SAG-AFTRA, Asian American Musical Theater Writers Project (founder), AAPAC (co-founding member), BMI Musical Theatre Writing Workshop (alum). Christine was the Executive Producer and Co-Director with her husband, filmmaker Bruce Johnson, of Transcending - The Wat Misaka, the award-winning documentary feature film about Japanese American basketball star Wat Misaka, the first person of color to be drafted into what is now the NBA by the 1947 New York Knicks. As a performer, she has been breaking the color barrier for over 30 years, and has been featured extensively on Broadway, off-Broadway, in regional theatres across the country, in film, television, and concerts worldwide. She is a proud Officer of the Dramatists Guild Council, chair of the DEIA committee and member of the Dramatist and Steering committees. Christine is the host of the Guild's podcast "The Dramatist Guild Presents: Talkback" distributed by the Broadway Podcast Network.

An avid advocate of inclusion, Christine Toy Johnson has been a member of the elected leadership of the Dramatists Guild since 2016 and is the host of the Guild's podcast "The Dramatist Presents: Talkback" distributed on the Broadway Podcast Network. She is the initiator/chair of the Guild's first Diversity, Equity, Inclusion, and Access Committee and also serves on the Dramatist and Steering Committees. She was a member of the elected leadership of Actors’ Equity Association from 1992 - 2020 (also serving as National Chair of the union’s Equal Employment Opportunity Committee and the Equity News Advisory Committee),  a founding steering committee member of the Tony honored/Obie Award winning AAPAC (Asian American Performers Action Coalition) and founder of The Asian American Musical Theater Writers Project. She was a semi-finalist for the Ford Foundation "Leadership for a Changing World" Award in 2001, and has received multiple grant awards in support of her work from The Lower Manhattan Cultural Council (10), The California Civil Liberties Public Education Program (4), The Puffin Foundation (3), The Northern Manhattan Arts Alliance (3), Asian Women Giving Circle, The Open Meadows Foundation, and The Boomerang Fund for Artists. She was honored by the JACL (the nation’s largest and oldest Asian American civil rights organization) in 2010 for “exemplary leadership and dedication”, the Asian American Arts Alliance in 2012 for “Outstanding Service in the Arts”, and received the 2013 Rosetta LeNoire Award from Actors’ Equity Association for “outstanding artistic contributions to the universality of the human experience in the American theatre”. Christine is a graduate of Sarah Lawrence College and the Certificate of Screenwriting Program at NYU and is an alum of the BMI Musical Theatre Writing Program.